Bernadette Pamplin delves into the world of Agave to explore the changing face of Mezcal and the women shaping its future.

She discovers how changing attitudes takes time, especially when rooted in cultural traditions...

As you may have read in my recent article, agave spirits are booming. This recent success has its pros and cons. Interest has brought a lot of controversial investment in budding brands, with some believing they miss the important traditional values of the spirit. Where some traditions are carried and cared for, there are others that are making way for change.

In response to the article, I received an email asking me if I wanted an interview with The Lost Explorer’s Xitlali Ramos, a female mescalera who has been learning the craft from her father and is about to complete her certificate, making her one of the ‘few female maestra mezcaleras’ in what is described as a ‘male dominated industry’. Nitzan Marrun, founder of Satryna also spoke to me and tells me that “thankfully, and rarely” her tequila is made by Fabiola Ávila, another maestra mezcalera.

I set about this article naively, to be honest. I thought it would be nice to talk to some women and give them a platform to talk about their experiences.

I don’t know why I thought this would be something novel, because the industry has been getting more diverse in recent years. This is what Susan Cross, Founder and writer for Mezcalistas.com touches on in a fantastic article called Women, the new face of mezcal. She opens with “Let’s get one thing clear, women have always been a part of the mezcal industry…what seems to be the trend is women actually getting recognition for their part.” This article reads like something written recently, yet it was written in 2015.

But that’s the thing, changing attitudes takes time, especially when rooted in cultural traditions. Education, open discussion and patience are all imperative to the transformation of ideas in role conformity.

Women have always been part of the agave industry, but most often in supporting roles, which mean they have time for the home and the family. As Xitlali explains, “there are mothers and wives of mezcal masters who carry clay pots or stills for distillation, just as my mother and grandmother did.” Women pass their roles down, embedding them deeper in each generation that follows, so it is both a matter of love for the family and pride to continue this tradition, as much as a chain to break for women wanting to differ.

Now, there are many women involved in the business (marketing, brand etc), but not many mezceleras. This statement is again troublesome, as there is actually a huge team behind making a bottle of mezcal over an extensive period of time.

As this article on mexicanist.com states, there are a number of people involved at various moments in the process; “Women, whether they are master mezcal makers or not, have a highly relevant role in the mezcal-making process, thanks to their daily support work, as well as their knowledge of the processes associated with maguey and mezcal.”

The term ‘women in mezcal’ is very broad, and it’s worth reiterating that there are many positions that women have worked in for many years. Yet, it’s those stepping into the shoes of a mezcalera that can face challenges as they are the ones trailblazing.

For Xitlali Ramos, mezcal has been a fundamental part of life. Her father Maestro Mezcalero Don Fortino Ramos founded his own palenque when she was two. From five, she would help him in the fields. She describes her youth in the beautiful detail born from fondness. “My father Fortino, he taught me the art, love and passion for mezcal production. It is inevitable not to feel love for this craft, especially when he has always loved what he does. I could always see how passionate he was about mezcal, and my love for mezcal came from seeing him work.”

She notes that she’s learning to believe in herself, in order to become a great maestra mezcalera. “I feel so proud to be a part of mezcal production because this is an industry with very few women, let alone young women like myself. It makes me proud to share this craft.” This knowledge is a precious heirloom to be passed through generations and Xitlali says she likes to think that she will pass it on to her future children.

Xitlali faced the challenge of sexism from the start. “It was difficult for many men to take into account my opinions and my ideas. Many did not believe that I could develop and work in the industry.” and she admits’ men have made comments that she is ‘too refined’, and they can’t see her working in the fields and getting her hands dirty. “I want to communicate that I can actually do all of that. I can learn this craft and get my hands dirty carrying an agave fruit, or working inside the fermentation pits. It makes me immensely proud because this is in tune with what I love to do. That’s it.”

Comments like this could well be demotivating, but they can also be used to fuel a determination to succeed. Self-belief is just as important an issue. Xitlali mentions that she is working on her confidence more than once.

When women don’t traditionally hold a role, there is a question if they can do it all - which of course isn’t the case. The issue isn’t so much men denying women the role, it’s women not believing they can do it, and I would argue that this is an underlying cause of inequality across many industries. As Xitlali says,“It’s a job that we women can do, and we can do it with quality.” The more successful maestro mezcaleras we see, the more women will be inspired to do it.

In a parallel to the article on mexicanist.com I’d state that it’s now vital brands make the activities each person plays in achieving the final products more visible, especially the countless roles women play in the support process. This goes from Maguey nurseries to mezcalero teachers - as well as encouraging more Mezcaleras themselves. For starters, there will be a far more honest discourse around the multiple contributions women make to the spirit. More so, the increased awareness that it will bring will lead to more public recognition and a fuller appreciation of the community it takes to make the spirit.

I think it can be all too easy to project our cultural reference onto others, and that’s why it’s important to have these conversations. Everyone has their own external influences on how they feel about women doing a job, or whether as a woman they are capable. The influences shift like the sands, though some are more rigid than others. We must keep talking.

Xitlali’s closing statement on women joining the industry (and being recognized) is one of beauty. “My heart is filled with joy that I can share my experience with you and with your readers on the other side of the world. And most of all I hope that women who get to read this, whether involved or not in the industry, can be inspired to be themselves, original, strong and to always stay true to themselves and pursue their dreams.”

Nitzan adds a crucial detail, which brings us nicely back to the opening lines of this article. “I would say do it for the right reason ... you must be super passionate about it to preserve the culture of Mezcal and Mexico (and not see it as just another lucrative business opportunity). As the great maestro mezcalero Eduardo "Lalo" Ángeles said "Mezcal is not a trend, it is history, it is heritage, it is wisdom, it is love. For more than 100 years it has been. We are and we will be mezcal."

Thanks to Xitlali Ramos of The Lost Explorer, Nitzan Marrun, founder of Satryna and Stuart Wischhusen of Pancho Datos. 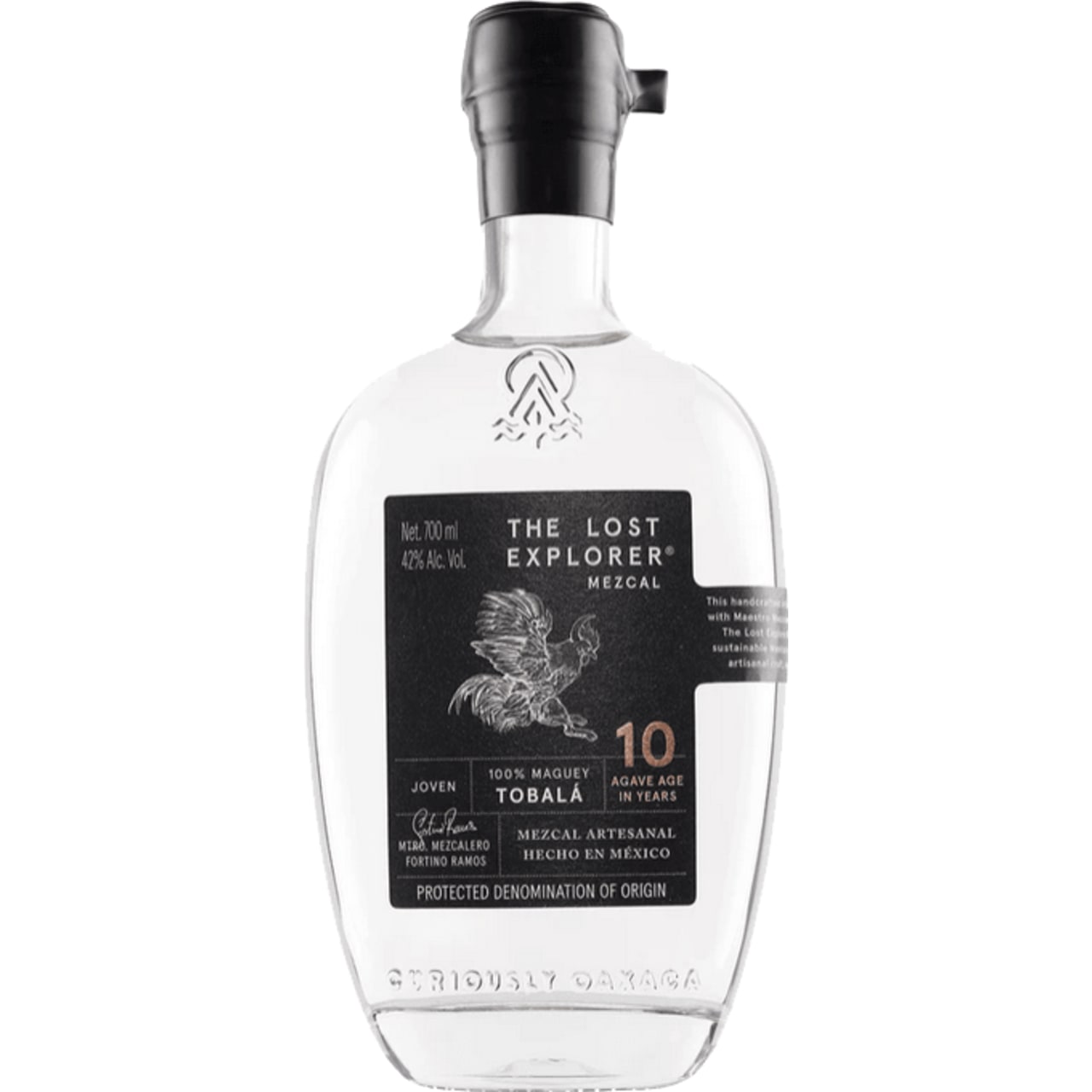 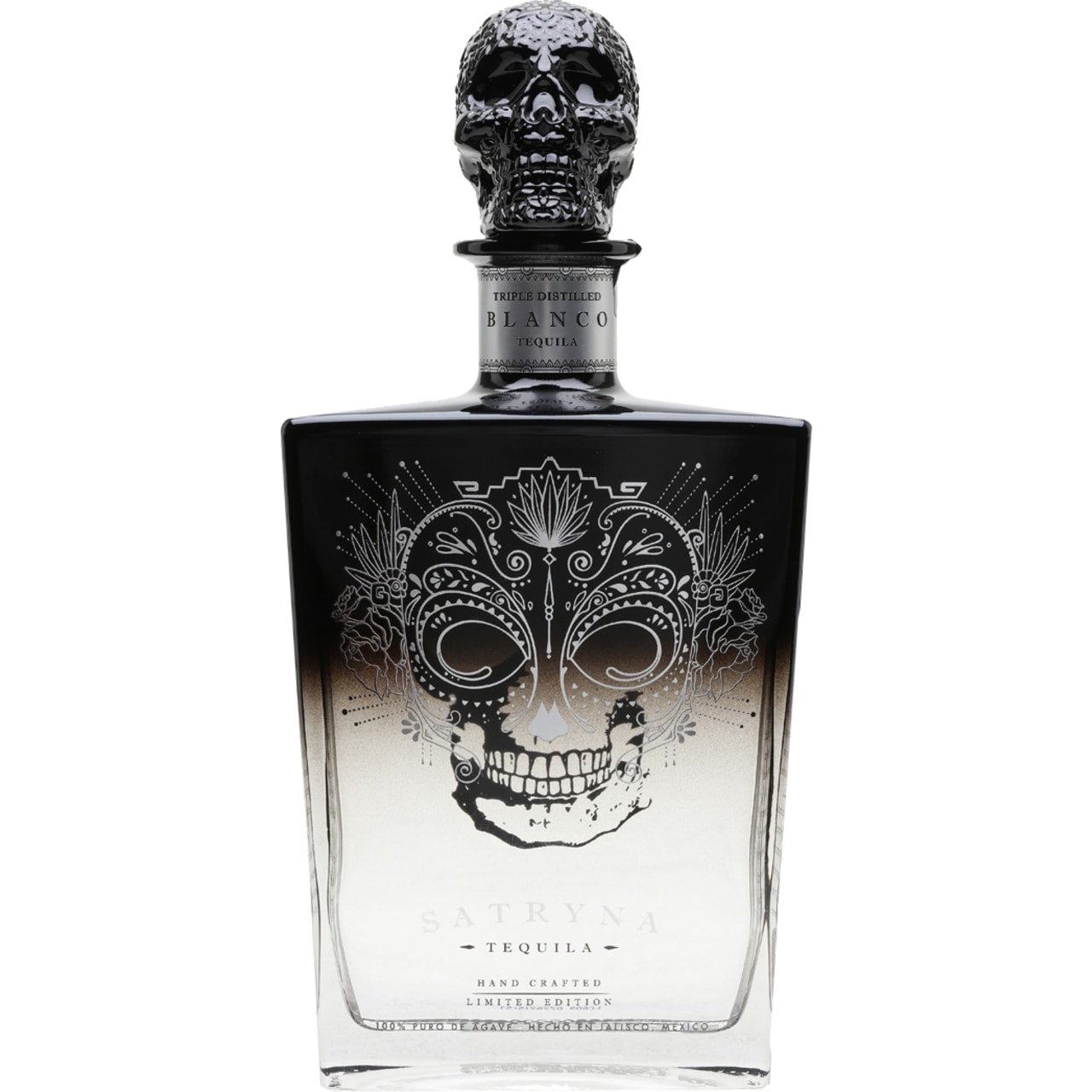 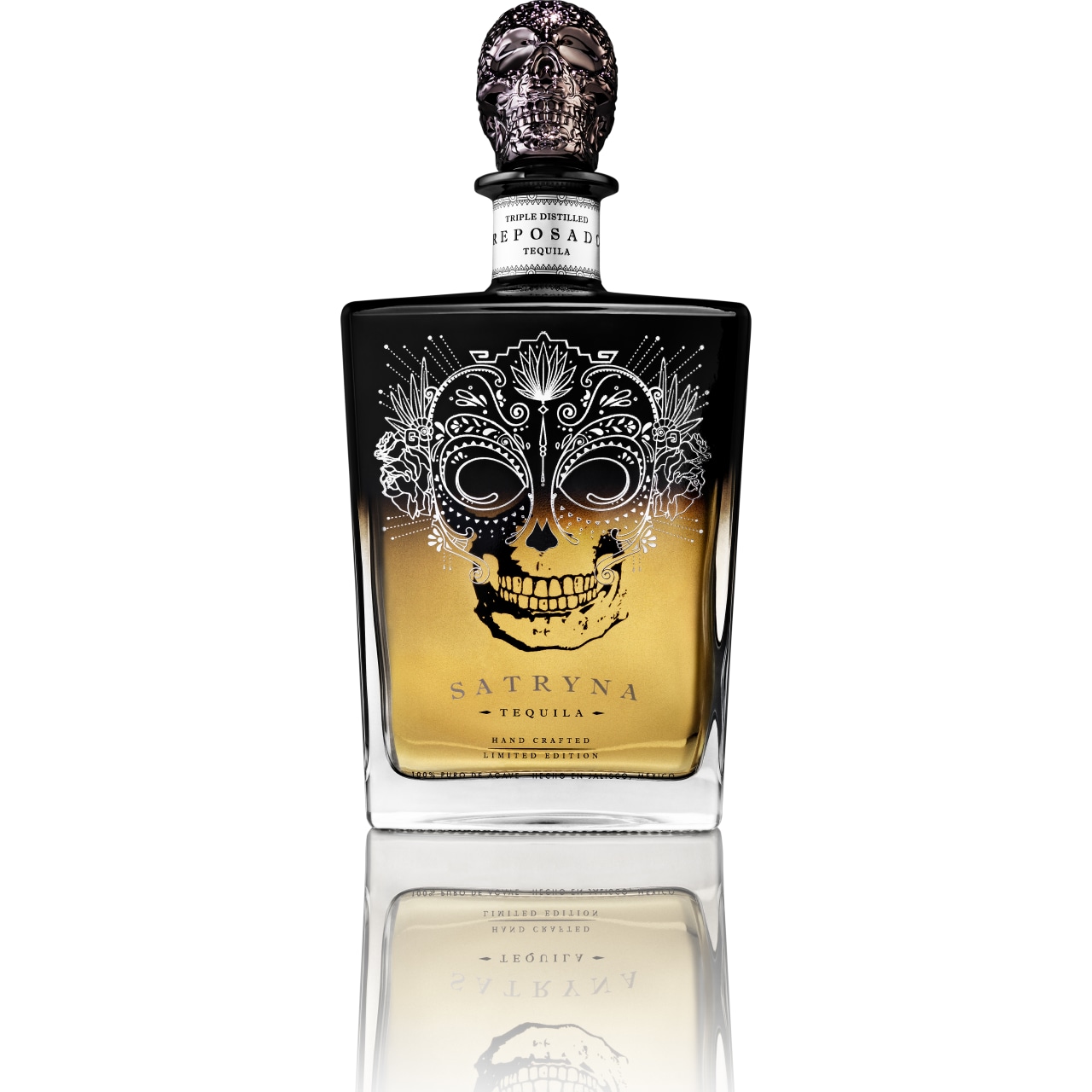 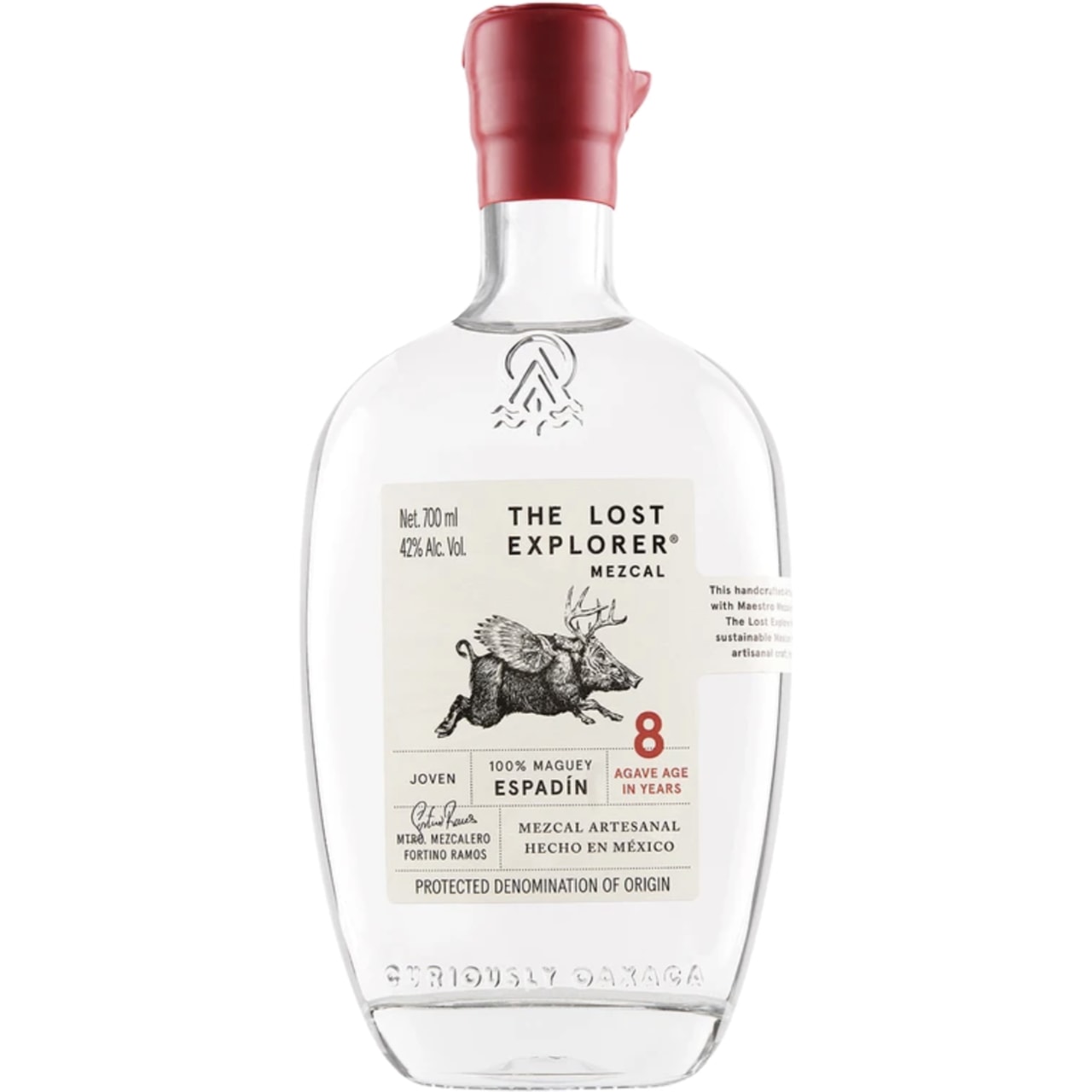 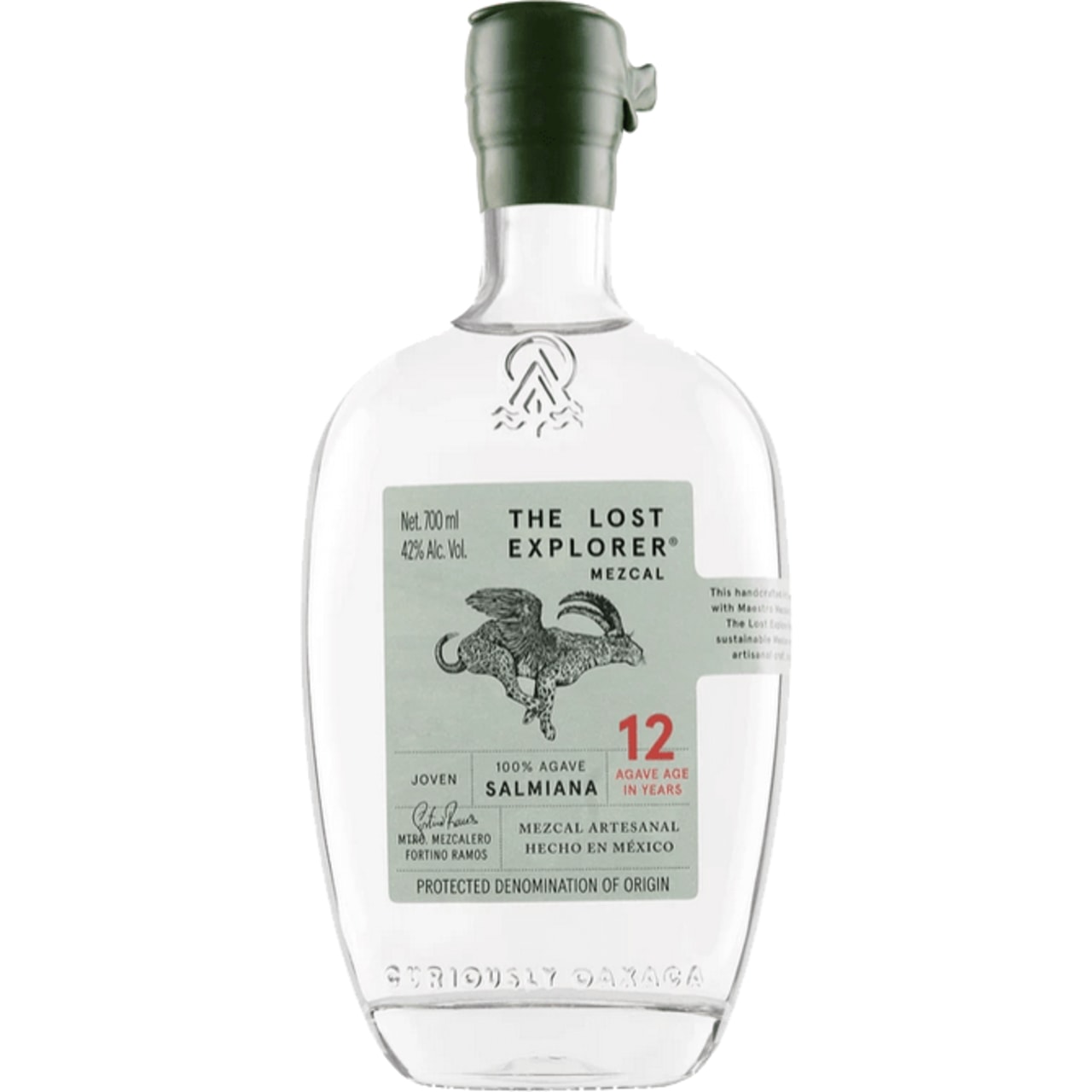