A deep dive into the rich culture that surrounds Japan's Whisky offerings.

Before we begin, let’s break the ice with a confession. With my hand held high, I can quietly disclose that ‘I know nothing about Japanese whisky’. Apart from the bleeding obvious fact that it is from Japan and its heritage was once deeply influenced by Scottish soil. I’m curious though.

So what does one do to explore an unknown curiosity in a field charged with so many opinions? And so much mansplaining…

Ask, ‘Hey Google, look up Japanese Whisky’ and fill with regret as the page loads with an overwhelming supply of commercialised content. All of which is dressed up in superlatives for impatient consumers, on the hunt solely for the ‘best’ Japanese Whisky. You are bombarded with ‘Whisky Guides’, ‘All You Need to Know’ articles and countless lists of the exact same ‘10 Japanese Whiskies You Need to Try Right Now’. Any attempt to understand the culture that surrounds the spirit is instantly diluted with current trends, popularity, and a shared desperation for immediacy.

Looks like this quest is going to involve some digging so below, I am going to lower my hand before my arm goes numb, push pass the male gatekeepers and attempt to step into the realm of Japanese Whisky. Hopefully you’ll also find the journey enlightening.

A brief history lesson seems like the perfect place to begin. The burgeoning Japanese Whisky industry stems from the twin dynasties of Suntory and Nikka. These two dominant leaders not only have sustained their prominence right through to today, but offer ranges that are accessible and probably the logical starting point for tentative whisky drinkers.

Suntory’s founder, Shinjiro Torii envisioned an evergreen spirit that bottled the essence of Japanese nature and ‘her people’. Torii matured his ‘discriminating palate’ through apprenticeships that allowed him to master blending techniques by engaging with Western spirits. With a sustained interest for cultivating and maturing liquor, he opened the Yamazaki Distillery in 1923. What excites me learning this was that it’s almost a century since Suntory Whisky was born and given the size of the brand today – the centenary next year ought to be punctuated by some incredible releases and campaigns we can all enjoy.

Simultaneously, a look back in history seems the right moment to pay our respects to the ‘Father of Japanese Whisky’, Masataka Taketsuru.

With a degree in organic chemistry and apprenticeships in Speyside’s Longmorn Distillery for example, Taketsuru earned the title of ‘First Master Blender in Japan’. He worked at the Yamazaki Distillery before declaring independence in 1934 to establish the Yoichi Distillery in Hokkaido, going on to produce Nikka Whisky,

While there’s now over a dozen active whisky makers, these two dynasties have defined the Japanese style of whisky making and perhaps less measurably - have influenced much of what the world thinks about Japanese whisky. The fact that Suntory owns Yamazaki, Hakushu and Chita distilleries while Nikka owns both Yoichi and Miyagikyo distilleries goes to show their size and why their ranges (be it Single Malt, Blends or other) include so many brands.

The parallels between Scotch and Japanese Whisky does not stop at their etymology or a shared lack of vowels. This is where our history lesson comes in handy. Taketsuru’s knowledge of Scottish equipment forms a portal that connects both nations production methods.

Stare into the familiar reflection of the polished copper pots in Japan and you may witness the Speyside influence that manifests itself in this new world generation of whisky. Comparably to Scotch, Japanese Whisky requires the double distillation of malted barley in copper pot stills, with grain whisky produced in column stills for both single malts and blended whisky.

However, taking a step away from the ‘how’, the similarities between the two genres stretch further to what goes inside the bottle. It’s not unusual to find blends that marry Japanese malt with imported spirit from Scotland and Canada. While there’s nothing wrong with this if done transparently – unfortunately, it’s not that unusual that none of this information is evident on a label, nor a brand’s site…

So, why pick up a bottle of Suntory’s silky and floral Hibiki over the robust expression of a Glenfiddich 18 Single Malt?

The answer is “Japanese terroir” in all the connotations of that term. Not just the soil and climate but the human part of that idea too - yeast varietals, fermentation times and the processes they employ clearly impact the spirit being made.

I’ve read of whisky delicately filtered through bamboo to enrich a sweeter profile to the locations of secluded distilleries. There’s the Yamazaki Distillery and the fact that they have isolated access to some of the purest spring water in the country. Geography is key it seems as well - Japan is a beacon to some of the highest whisky distilleries in the world with the Humbo Shuzo Distillery towering at 798m above sea level. The advantages of scaling that high? The desired low-pressure distillation allows for the lower boiling point to retain sharper control over aroma and flavour.

Then of course, there’s the oak. Yes, they select all the same types of oak casks you can find in Scotch, but despite the high moisture content, porous nature and difficulty with the wood not growing straight, there’s also the likes of Mizunara Oak being used. All these elements add up to a uniquely Japanese industry filled with idiosyncrasies and a confident sense of regional identity.

One thing I noticed whilst I shamelessly watched PewDiePie’s Japanese Whisky review as a curious whisky drinker still far from connoisseur, is that most high-end brands like Suntory and Nikka favour a screwcap closure over the romanticised moment a cork pops from the bottle.

Personally, Western whiskies may have drilled a disillusioned opinion towards screwcaps reserving residency on cheaper bottles, but with Japanese Whisky siding with its reliability (like the Yamazaki 2017 Limited Edition), it makes me wonder if the cork has subconsciously plugged a false relationship between quality and aesthetics before you have even had a sip.

Whether it’s a similar situation to the way that new world wines were ahead of the times compared to Europe, or because of the need to place those anti-taper nozzle inserts in much of the Asian markets they export to – I don’t know, but one to muse over as you crank open the next bottle.

What stands out to me is Japanese Whisky’s willingness to seek out innovation, without constraints of geographical regulations…but is this here to stay?

The Japanese Spirits and Liqueurs Makers Association (JSLMA) took the first steps in April 2021 towards tightening the category’s transparency. As I mentioned above, Japanese labels have quite easily deceived unsuspecting newcomers by disguising international blends as new world expressions.

Soon, those distracting labels that read ‘Product of Japan’ and which disguise the international components will be no more. From 2024 Japanese Whisky must use malted grains with water extracted from Japan, with production, bottling and ageing now restricted to the country’s borders. To me, this will not be the death knell of innovation as it doesn’t prevent anything - just better transparency for drinkers.

By the JSLMA putting their foot down before innovation disrupts an assured reputation, you can hear the English Whisky Guild’s application for a Geographical Indicator echoing across Japan’s distilleries… Is it only a matter of time for them too?

As an ex-bartender, the rare request for Japanese Whisky involved climbing up to the top shelf to pour a liquid surrounded in whispered elegance. I found that the speed of service in mainstream Western hospitality chains stunted the translation that respects the way Japanese Whisky is meant to be consumed.

In an attempt to educate myself on the unfamiliar drinking culture, I foraged through my old bartending books to uncover a dusty quote by Mike Miyamoto (Global Ambassador for Suntory): ‘Japanese Whisky seems to be untied with other things. We are peaceful and modest and look up to our neighbours. As a whisky, we don’t want to conquer the world rather see it taken gently by others.’

When it all began - Torii understood that his whisky had to celebrate the culture’s sensibilities and marry it with the drinker’s preference towards more subtle profiles. It explains why peated Japanese Whisky like the Hakushu Single Malt, expresses a rounded and softer finish when pinned against the medicinal and smoky hits of a Laphroiag 10-year-old Single Malt. Or why Suntory’s first domestic but heavy blended whisky, Shirofuda, overwhelmed unprepared palates.

In Western culture, whisky is sipped as a reclining accompaniment to post dinner contemplation, whereas the perfect serve in Japan is to compliment the delicate umami flavours in a comfortable tandem. The Mizuwari serve, meaning ‘cut with water’, brings together a highball glass, whisky, water, and ice. Which would certainly make my stubbornly devoted Scotch regulars fidget on their stools. I wonder how they feel about highball serves being bought canned from vending machines across Japan, readily available to refill the ‘salaryman’s’ fuel tank.

The term ‘salaryman’ however preserved the preconception that whisky is reserved for the hard-working man. When I reveal that a Sazerac is my afterwork go to, countless surprised male expressions normally follow. Yes, shockingly, women are not chained to the realm of pink fizzy drinks sweetheart.

When researching the category, I hesitated before clicking on so many links as they were all clearly propelling the entrenched gender imbalance in Western marketing.

Google prominently suggests articles like ‘5 Must Try Whiskies for Lady Connoisseurs’ (just in case a ‘normal’ connoisseur was about to click) or ‘Which Japanese Whiskies are best for Ladies?’, which was swiftly followed by its weight loss benefits…brilliant.

OurWhisky co-founder Becky Paskin reiterates that brands don’t need to ‘feminise their products, but by being more inclusive they can change the narrative and appeal to a wider demographic’. Japanese Whisky doesn’t immediately strike me as having such an ingrained issue, but it is there.

It must be said, Japanese branding and aesthetics may not appear to be as male dominated. However, there are deep-rooted Western advertisement strategies that feed the imbalance.

Established as one of the first influential consumer brands, Suntory geared its marketing towards the salaryman, believed to be this century’s ‘warrior and economic powerhouse’. Television became the perfect media for many brands to build inspirational messages using famous (white) male faces that injects a sense of authenticity into domestic whiskies. Sean Connery, Keanu Reeves, Mickey Rourke and probably the most famous ‘Japander’, Bill Murray all poster boys that drives the narrative of whisky as a desirable drink, whatever side of the world you are in.

The thing is though, there are dozens of references to the Whisky drinker across Asia as being younger, and less gender specific. Across the border, Mike Cottingham (CEO of Taipei drinks importer, Cottingham Ltd.) expands on this ‘psychological evolution’ of the Taiwanese whisky consumer. He explains that 80% of Kavalan’s whisky show attendees are younger than 50 with 40% being female.

From what I can make out, it seems that Whisky is younger in Japan generally, but the way it’s being portrayed internationally leaves to be desired. It may have been hijacked along the way with the same stupid bias perhaps, but I wish the reverence with which they mirror Scotch would stop at quality and production ideology, and not the way exclusion has been an inherent part of the sales pitch.

So, what have I learned? Japanese whisky can be for everyone, it is a product of place and not a replica of somewhere else and soon, not only will it be more transparent it will be celebrating some pretty huge milestones. Hopefully, this will give them the confidence to stop allowing clickbait media to regurgitate listicles loaded with tired tropes and allow more to discover some of the huge depth of flavour, history and tradition contained in those bottles. 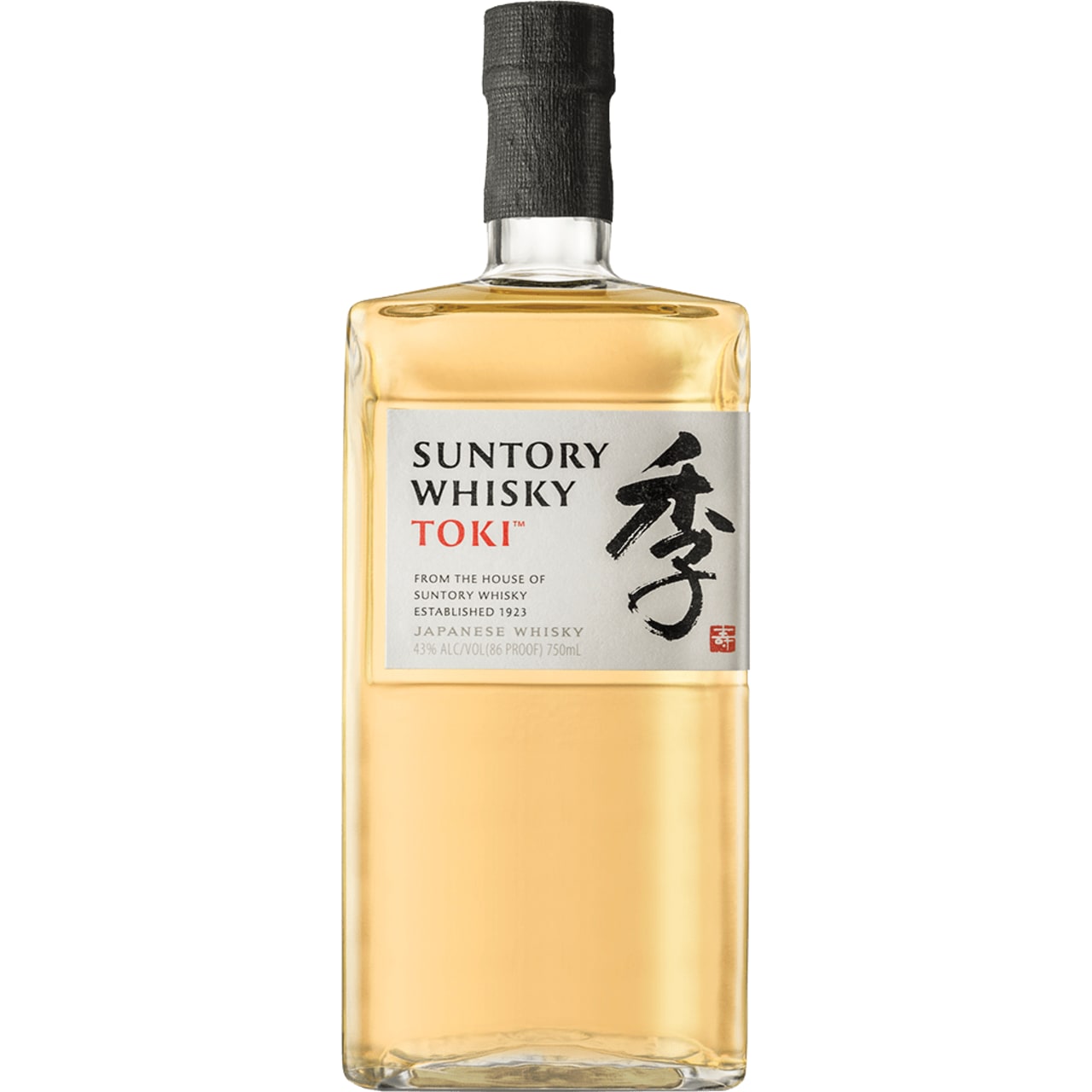 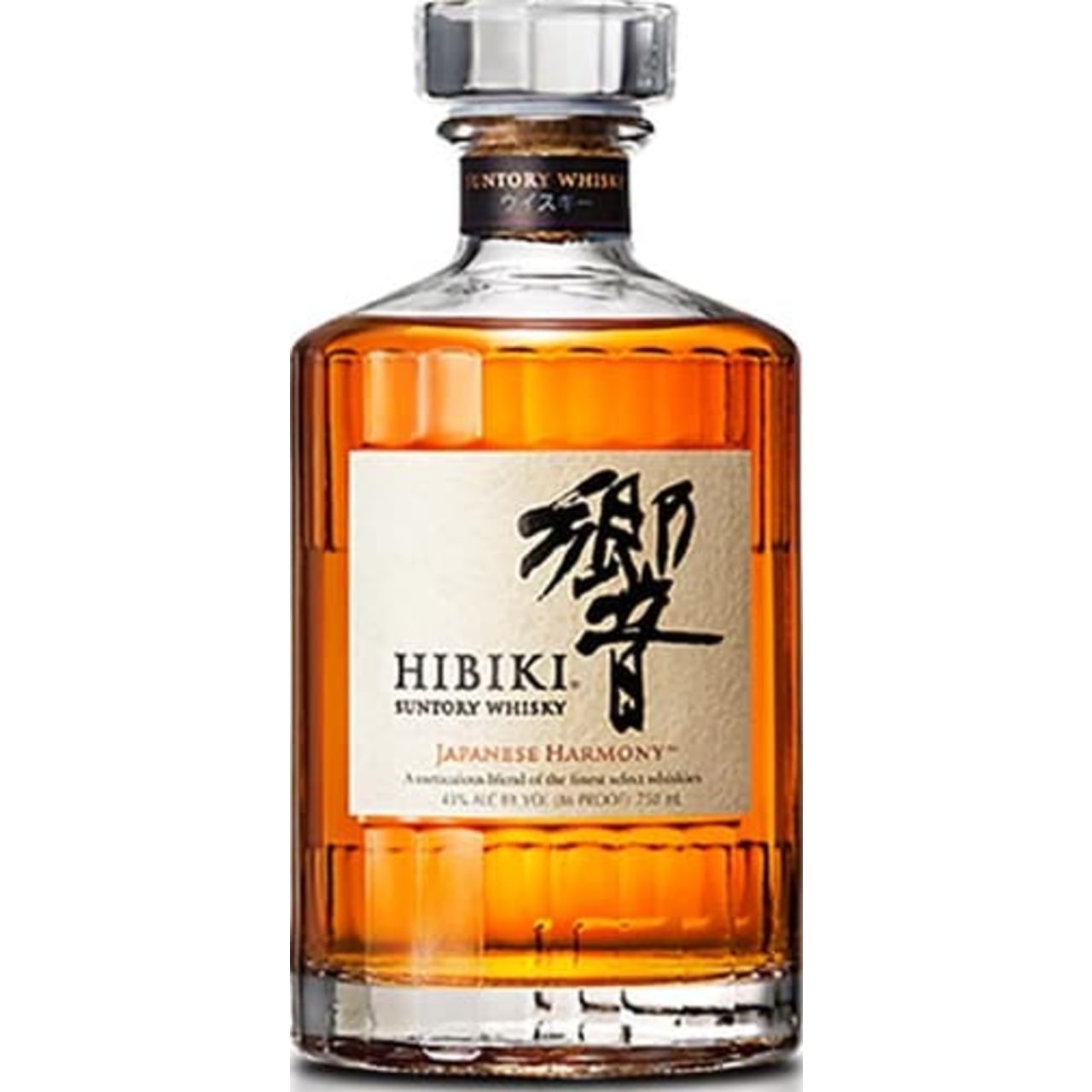 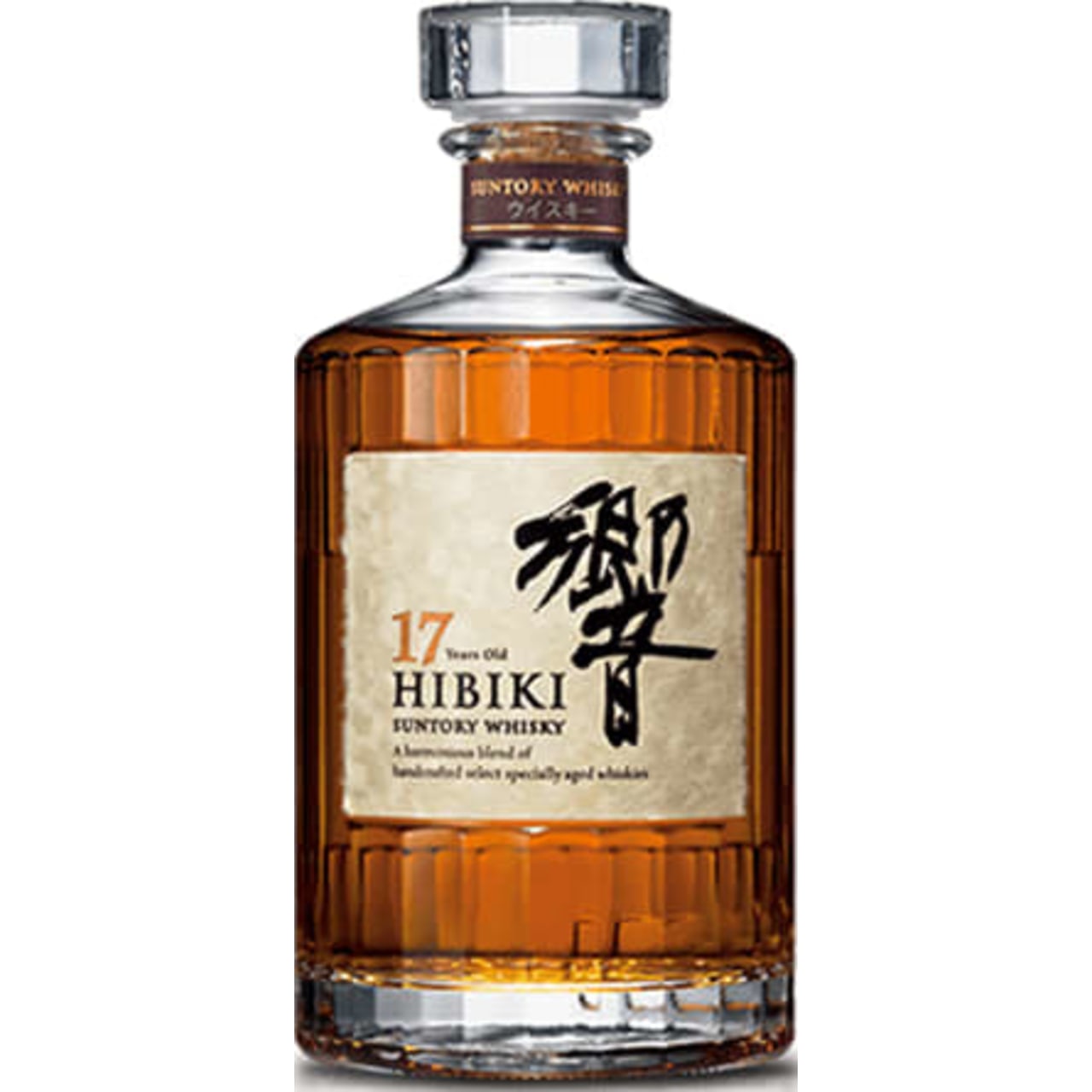 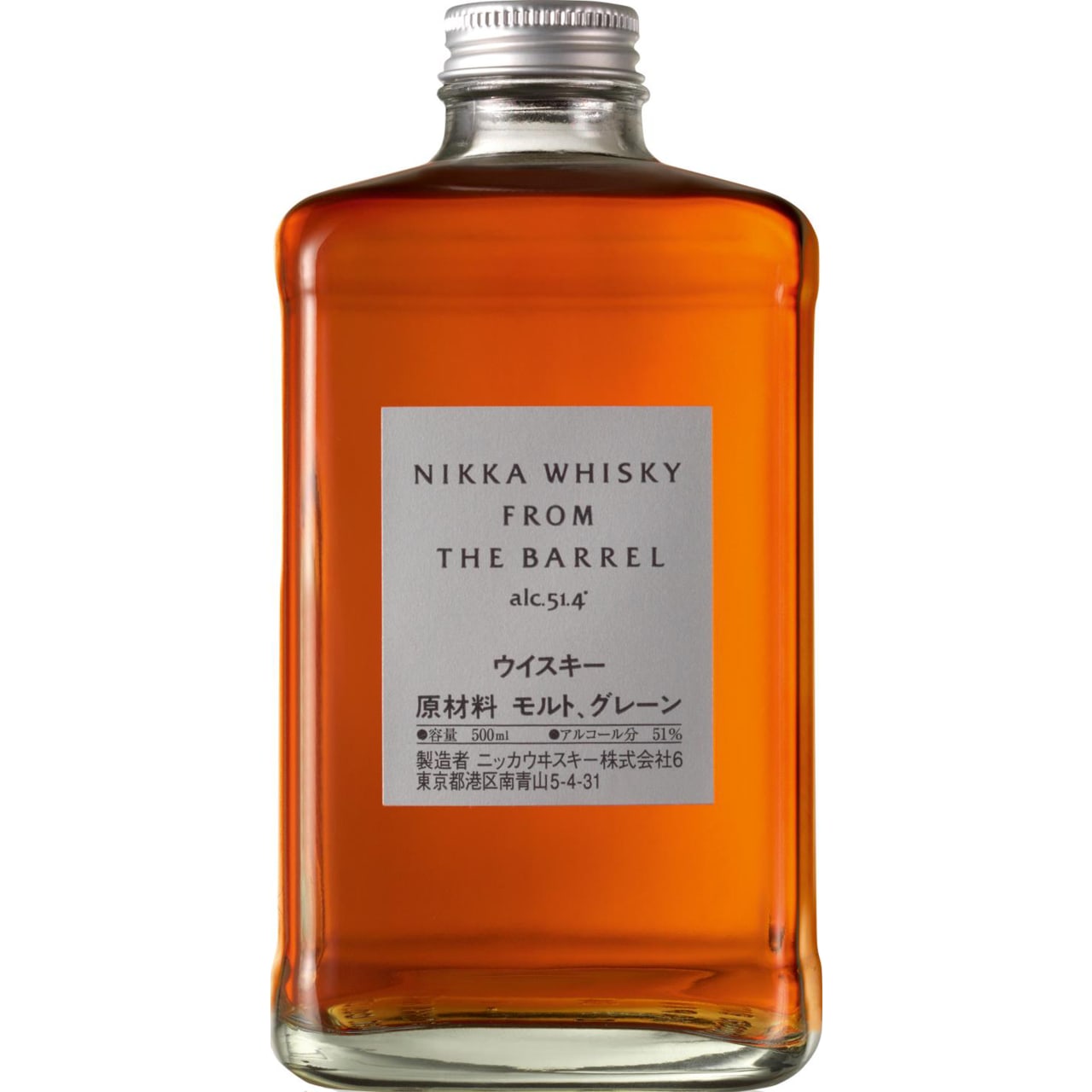 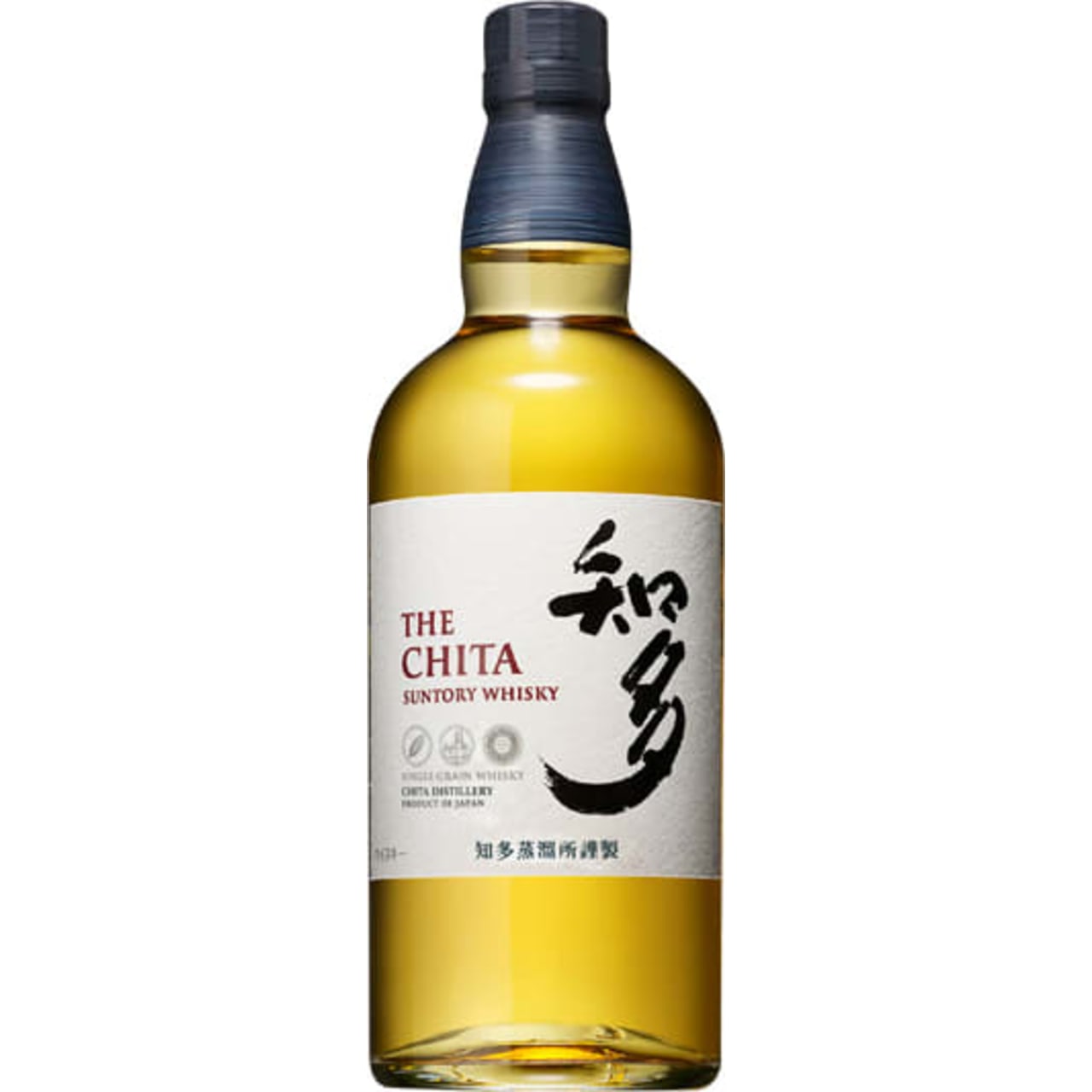