Seaweed and Samphire and Buckthorn, Oh My.

With unique botanicals dotted up and down coves, beaches, rock pools, bays and shallow waters around the UK - British Gin makers have been turning to the ocean for recipe inspiration.

Leah Gasson dives into just what they are working with and what they've been transformed into...

The United Kingdom is about 600 miles long and 300 miles wide at its most generous measure, yet somehow, by a small miracle of geography, it manages to cram thousands upon thousands of miles of coastline into its rugged little frame.

We are spoilt by beaches, cocooned by waves and buffered by tides. In fact, the furthest you’ll ever be from the sea in England is 70 miles, and that’s only if you happen to pop to a little village in Derbyshire called Coton in the Elms.

With that in mind, it makes perfect sense for our distillers to cram elements of the abundant coast into their gins. After all, imbuing spirits with a sense of place has long been the only way to make them stand out amongst the thousands upon thousands on offer.

Coastal gins are probably my favourite example of this - botanicals derived from the sand and marshes above the surface and from the swirling water beneath are plucked from the beach and chucked into stills, giving off hugely complex, salty umami vibes, along with earthy roots, sharp berries and crunchy hits of vegetation.

There’s an endless list of botanicals on offer from the coast (radish, sea rosemary, sea kale, sea holly, sea peas, marsh mallow… it’s endless), but amongst the most commonly used in seaside gins are…

…Sea Buckthorn – when distilled, these small orange berries bring a tart, sweet delicate hit of fruit. They’re sharp both on the tongue and fingers, so if you go hunting them out be sure to arm yourselves with secateurs, gloves and a good sense of humour. Try it in: Rock Rose Gin.

…Sugar Kelp Seaweed – don’t let the name deceive you, sugar kelp seaweed is a salty, grassy algae that brings a real earthy hit to gins. Kelp grows in abundance in underwater “forests” and is easily farmed on rope. Try it in: Arbike Kirsty’s Gin

…Rock Samphire – Creeping out of beachside stone, this crunchy, salty botanical brings a fresh green taste, with just a hint of parsley. Try it in: Curio Rock Samphire Gin or Wheadon’s Gin

…Marsh Samphire – Marsh samphire, unlike its rock-grown sibling, makes for a delicious side dish - perfect fried in a little lemon and garlic. As a gin botanical it’s savoury, salty and fresh. Try it in: NB Samphire Gin.

…Sea Purslane – this sea vegetable has plump, succulent leaves and pink, star shaped flowers marking it out for foragers to find. Grown on marshland and sandbanks and picked in summer, the crunchy vegetable brings a huge saline hit to proceedings. It has healing properties, too, and is used in the Caribbean to treat fish bites. The salty quality means it can be a bit overwhelming when used in great quantities – so it’s more of a garnish than a full meal. Try it in: Tide’s Fortune Essex Dry Gin.

…Sea Aster – With yellow heads and big white petals, the flowers of the sea aster aren’t too removed from that of a daisy. The plant is a pretty delicious one, as far as sea foraged botanicals go; rather than coating your palate in salt, the leaves bring a complex, sweet, fresh taste – a nice salad addition. Try it in: Bullards Coastal Gin.

…Bladderwrack Seaweed – Bladderwrack isn’t ever going to be something you reach for as a snack, it’s salty and fishy and only manageable in small doses. Distilled, though, and used in carefully calculated doses, it has that exact umami hit that chefs the world over are constantly striving to find. Try it in Hills & Harbour Gin or Shetland Reel Gin

…Dulse – Dulse is that long, grappling, purplish seaweed that tends to wrap itself around your arm as your swim in low tide, convincing even the most rational part of your mind for one second that you are about to be swallowed by a giant octopus. It’s a salty, delicate and mineral rich algae that is often described, invitingly or not, as the bacon of the sea. Try it in: Isle of Barra Gin or Five Fathoms Gin.

There are far too many coastal gins to cram into one article, but if you are looking for a sense of the sea this’ll do for a start…

Lantic Gin, by the Skylark Distillery in Cornwall, has really captured the recent obsession we all have with foraging, cramming their stills with wild ingredients plucked from the countryside. Ironically, despite my waxing lyrical about seaweed for so long, this gin contains no such thing.

Instead, it’s like taking a walk along a coastal path, with helpings of fresh gorse, rock samphire, water-mint and heather in the line-up. The sea air has undoubtedly influenced the six locally foraged ingredients, but there’s no salty hit here – instead it’s intensely floral and spicy, the former flooding the palate and the latter warming you from the throat right down to the toes. The spices are unnamed, but they carry a huge, numbing, cassia-like quality. Try it with something like Merchant’s Heart Floral Aromatics Tonic to bring out the petals.

The Isle of Wight Distillery’s Mermaid Gin was already growing great guns before it evolved into the most beautifully packaged item on the market. It is a glimmering jewel of a bottle, evocative of the coast from which it comes and the mythical creature from whom it takes its name.

The liquid itself is much more serious than the elegant bottle implies – grains of paradise provide a spiced earthiness, which the citrussy hops use as a launchpad, pulling up the almost cereal-y core of the gin to meet the crisp samphire driven lemon top note. It is a very dry gin whose spiciness catches me by surprise nearly every time. It makes for a bold G&T, albeit one that needs a little hint of sweetness from its garnish – juicy orange or grapefruit.

Greenwich Gin has embraced the maritime history of its locale by not only filling their spirit with coastal botanicals, but by embracing the spirits of explorers who would trace the meridian line on adventures around the world. As well as sea fennel, dulse and kelp, the gin features balsam fir from Canada, tonka from the Amazon, lulo from Colombia, sakura from Japan, orange from Spain and juniper from Italy.

It is utterly delicious, with waxy green herbs on the nose joined by a bright pinch of pepper. It is soft on the tongue, but filled with huge, dark green flavours – vegetal, but in a really, uniquely refreshing way, with the tonka coming in just at the right moment to add a touch of sweet vanilla. This makes for a really nice G&T served straight up, with bog standard tonic and a lemon twist, but it feels polite to embrace the salty sea dog history of Greenwich and try it in a Gimlet.

Chances are, if you’re in the UK and head down to the beach this year, you’re going to find a local gin stuffed with coastal botanicals.

Some are clearly marked out like Isle of Harris Gin and their use of Sugar Kelp, Edinburgh’s Seaside Gin which is packed with bladderwrack and scurvy grass, others such as Dà Mhìle Seaweed Gin have a tinge of green to them. There are more creative ways to bring the coast in, too: Fishers Smoked Gin captures the essence of local smokehouses in Aldeburgh, Suffolk; The Botanist seeks to bring an entire island into its spirit with dozens of locally foraged botanicals, and the aforementioned Isle of Wight Distillery aged their Navy Strength gin alongside a slither of wood taken from the HMS Victory.

It’s not just botanicals either – many producers pay homage to their geography by offering higher Navy Strength Gins, meaning that between the 100 or so coastal producers, the dozens of unique plants that thrive on the shores and the styles of gin being made - there’ll be a lot of variety to discover too.

Take my word for it, nothing quite showcases the diversity of the coast than a spirit bursting with its spoils, so pop into your nearest boozer and call it an important part of getting to know an area. 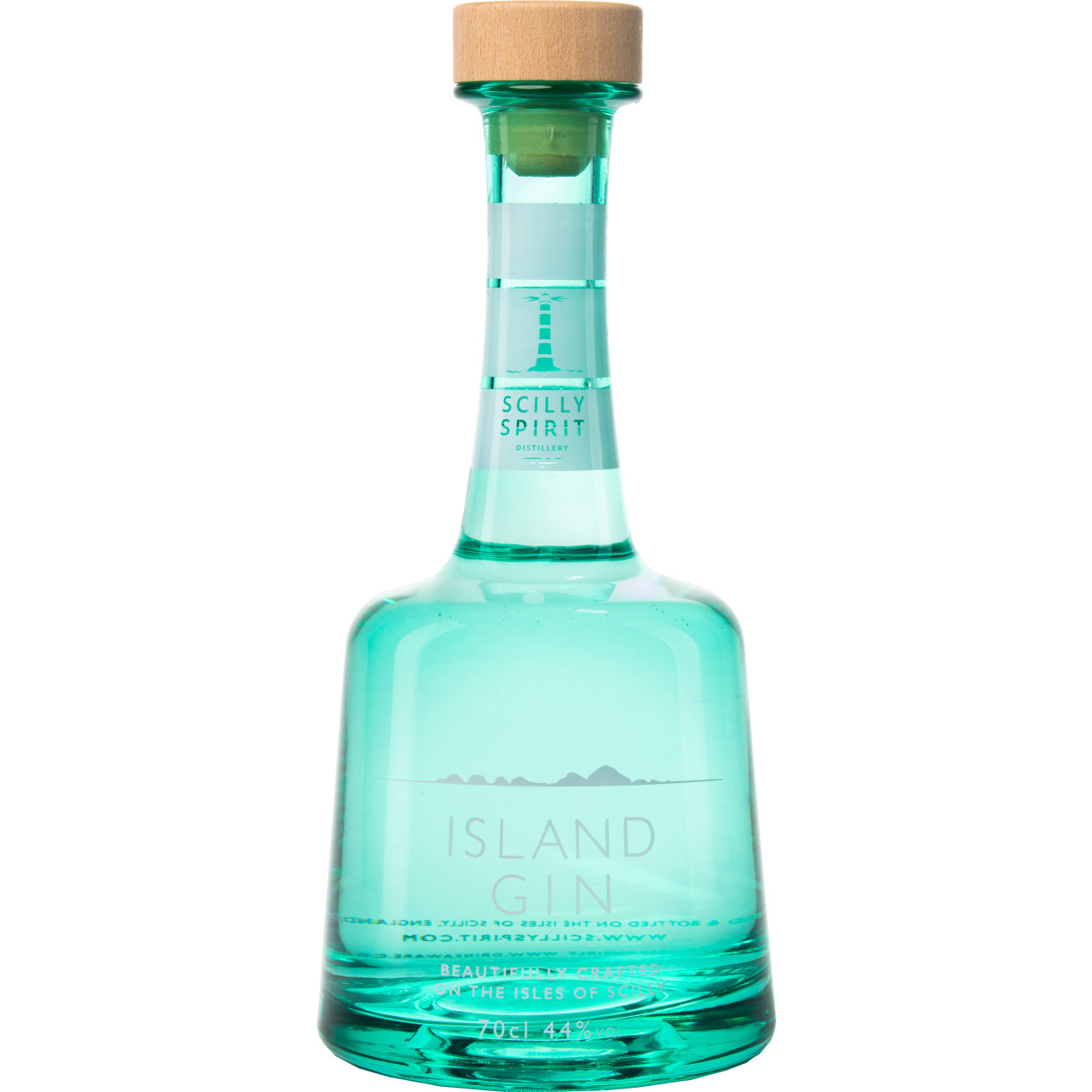 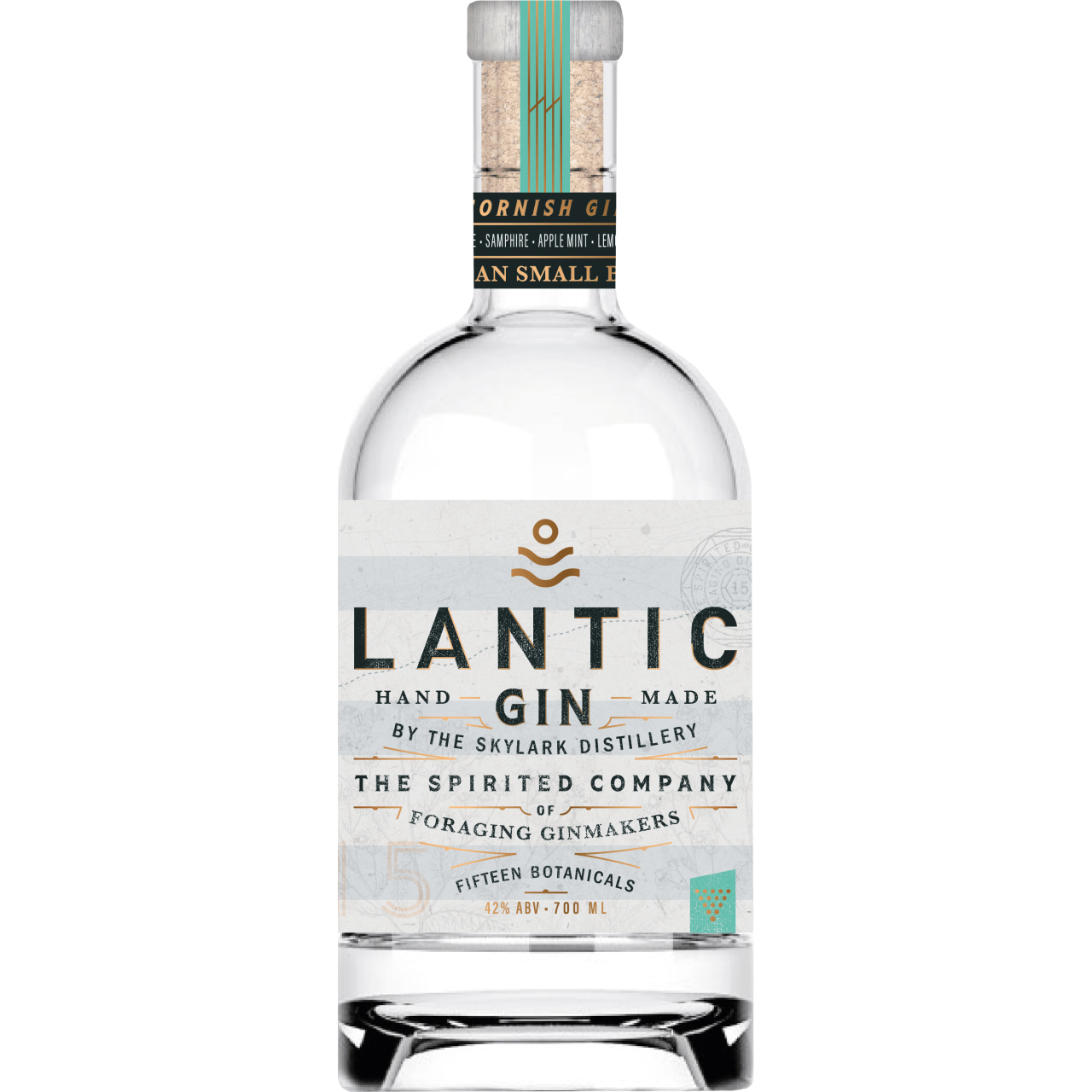 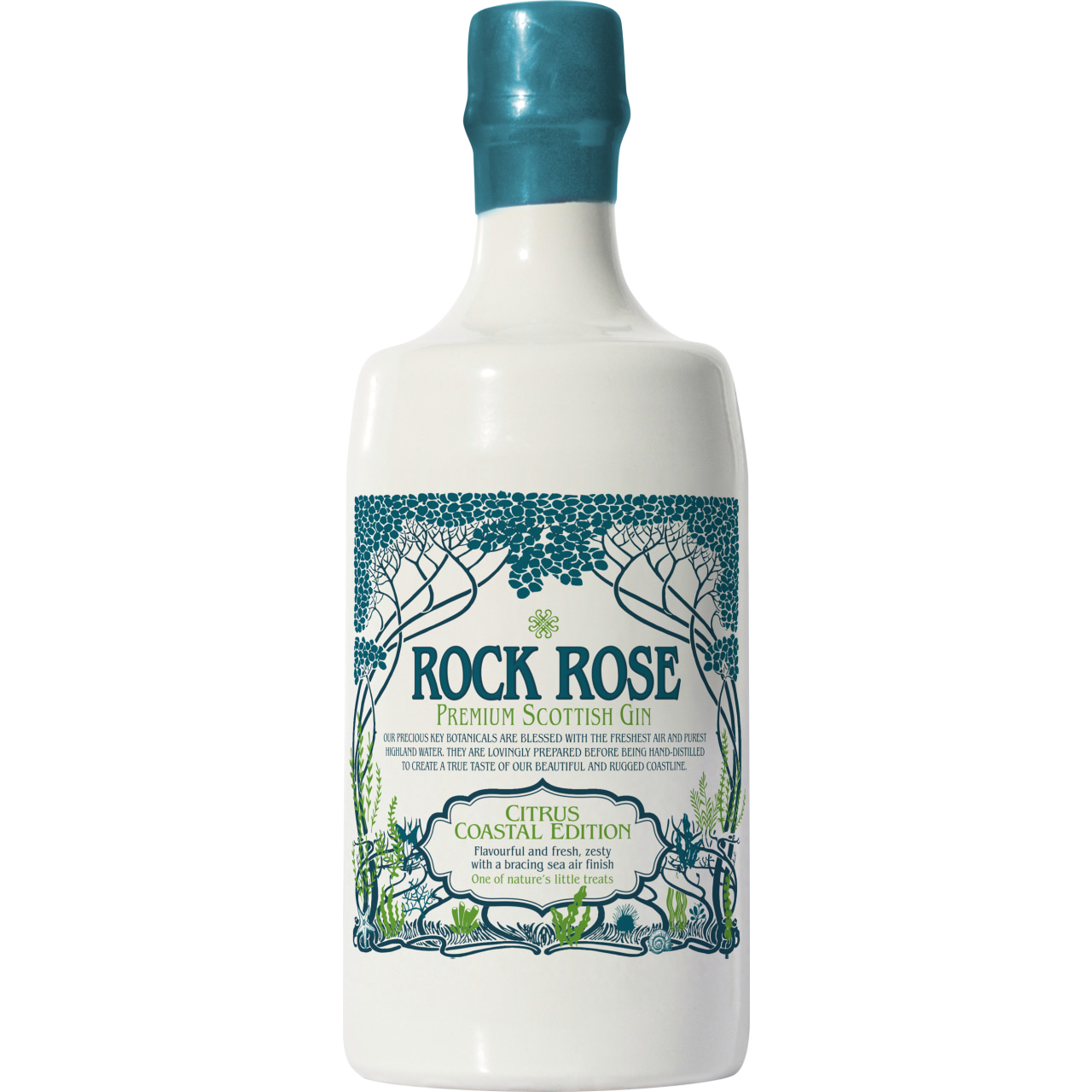 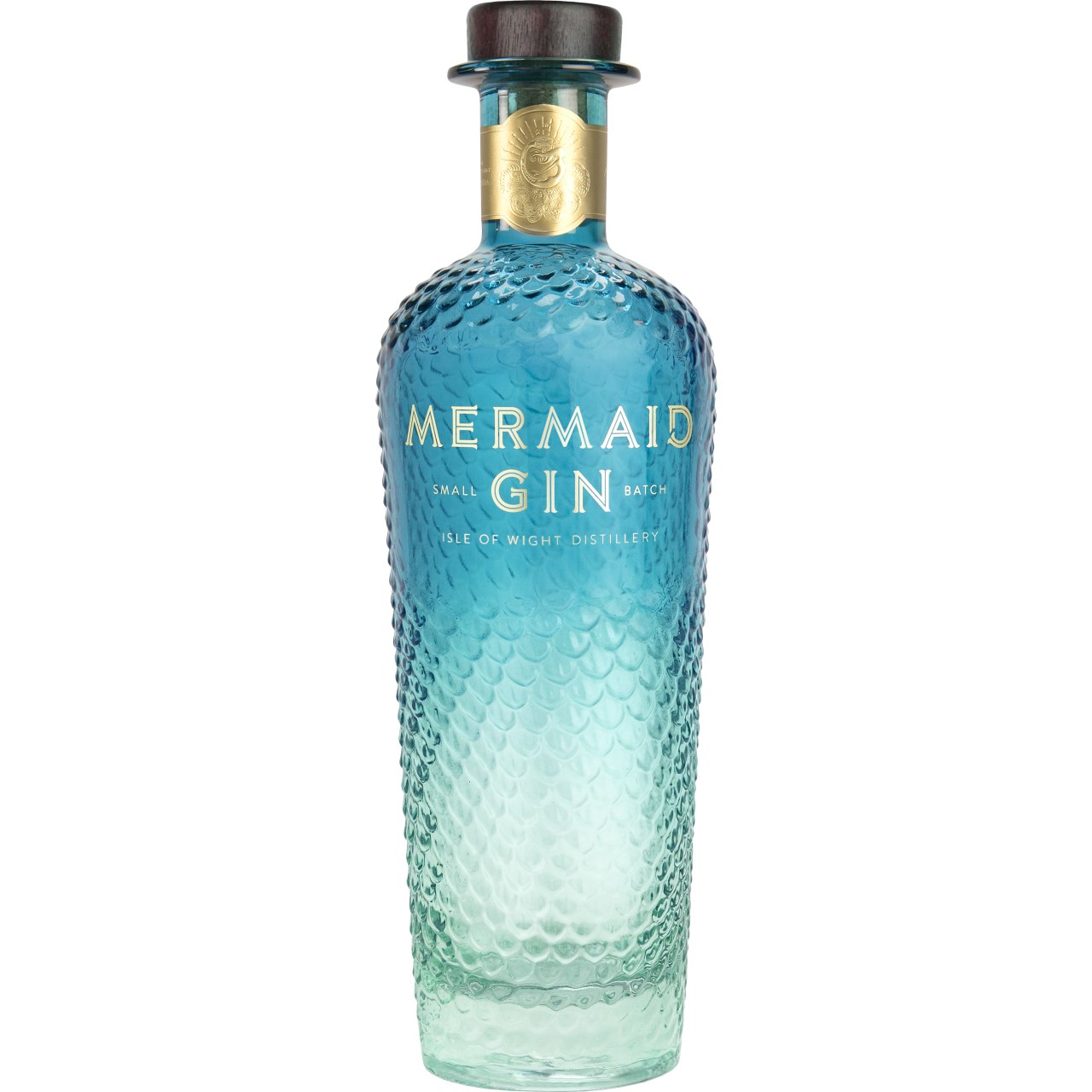 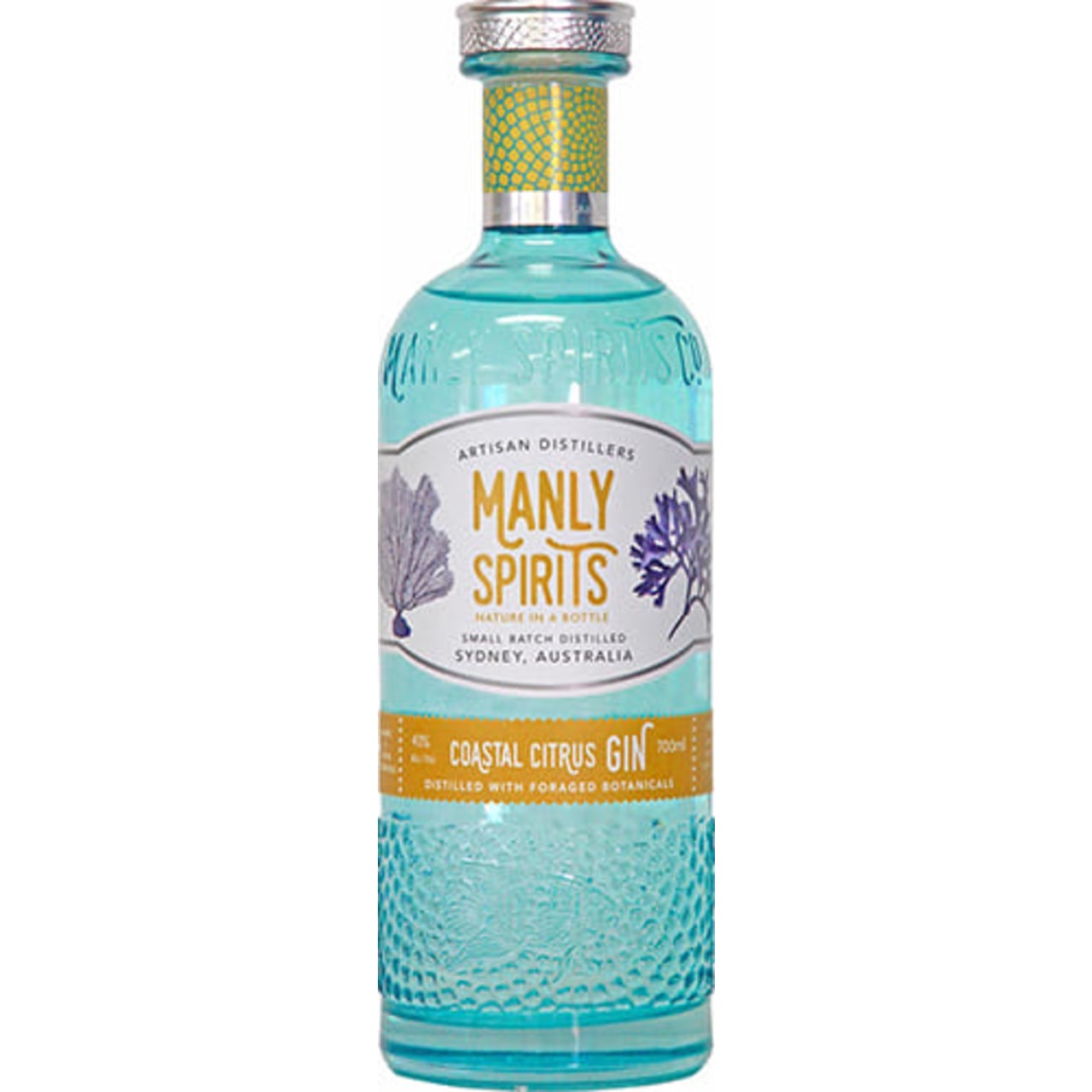 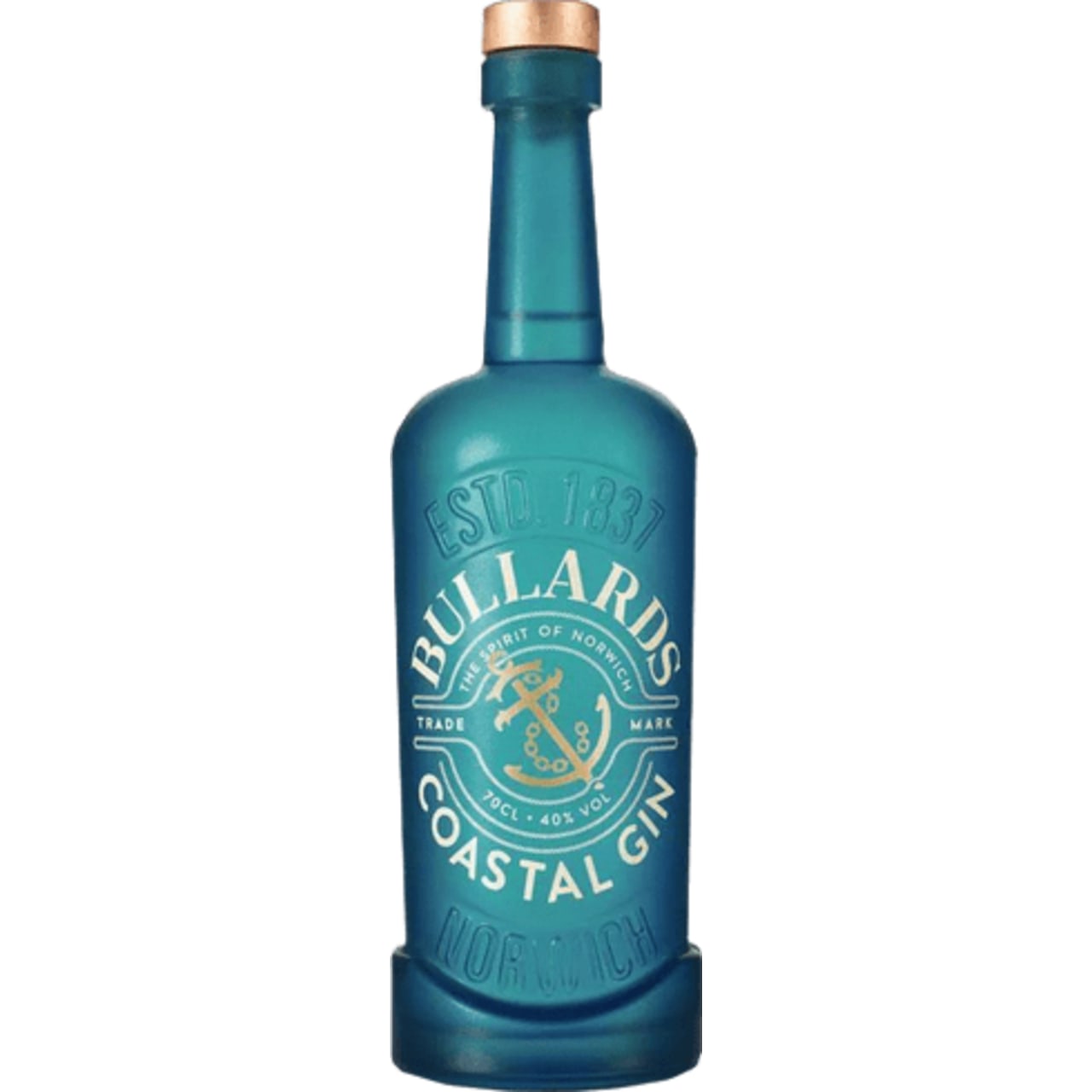