A spotlight on Cachaça

We take a closer look at Brazil’s national spirit.

Cachaça (pronounced ka-sha-sa, to aid your internal monologue) may be a lesser-known spirit in the UK, but it’s one of the largest selling spirits in the world. Recent figures suggest the cachaça industry comprises more than 1000 distilleries producing over 4700 brands.

To some, cachaça is little more than the base of the Caipirinha, a drink that has found a home on most decent menus during the cocktail renaissance in recent years. However, there is much more to this fascinating spirit than that.

Cachaça is made from fermented and distilled sugar cane juice, unlike rum which is mostly distilled from molasses, a byproduct from sugarcane production. Historically, cachaça production began in Madera but was moved to Brazil by the Portuguese in the 16th century during the colonial era. It is also acknowledged that sugar cane spirit was being made in Brazil long before the Dutch introduced pot stills for rum distillation, and cachaça is recognised as rum’s older sibling.

Once known as Brazilian Rum, an agreement made between Brazil and the US in 2013 which broke the spirit away from rum and into its own category. Now a protected name, it must be produced in Brazil, as well as adhere to production technicalities such as base material, a minimum of one year aging, and ABV levels (which can run anywhere between 38-48%). The distilled clear liquid is smooth, with wonderfully intricate sweet and vegetal complexities, while aged cachaça builds on that complexity and sometimes uses barrels made from wood native to the rainforests of Brazil.

Best known as the staple ingredient of the Caipirinha, a drink comprising cachaça, lime and sugar, it is through this cocktail that the spirit began breaking out into the world. “In the mid 2000’s, cachaça along with other products originating from Latin countries (namely Tequila and Pisco) became exotic contenders to traditional spirits on cocktail menus in the UK.” says Stuart Fritz, Commercial Director for Mangrove, distributors of prominent brand Vehlo. He adds that “global events such as the Rio Olympics and the FIFA World Cup also shone a spotlight on Brazil and it’s food/drink”.

How does Cachaça fair on the global market?

Dragos Axiente, CEO of popular brand Novo Fogo has some insight. “Cachaça is a new category outside of Brazil – perhaps becoming exported in a meaningful way only in the last fifteen to twenty years.” He states that penetrating the market takes time, but believes we are now at a point where brands will achieve the distribution objective, which will “set a more reliable path of growth everywhere.”

It’s not all new, Germany was once one of the largest importers of the Brazilian spirit, mostly due to the popularity of the Caipirinha. That has decreased in recent years, something that Dragos believes is due to lack of education on newer brands and serves “German importers and distributors have never graduated from the original two or three industrial cachaça brands and thus the market failed to grow beyond that one cocktail, which is now played out in Germany.”

Despite this, Cachaca is still a significant player in the German market. According to Statista, Germany is only second to the US, with 13.99% of the exports, and France not far behind with 11.86%.

With cachaça production localised to Brazil and its consumption predominantly domestic, you’d think that it would limit the profile, but on the contrary, Brazil is huge and made up of all sorts of climates, meaning vast, complex profiles. Variety is where this spirit really shines.

Aged cachaças, which typically happen in oak barrels today, were historically matured in barrels made from woods native to Brazil, and this is where it gets really interesting. These woods not only provide a palate of different flavour profiles for an aged cachaça to take, they also provide a sense of terroir of the Brazilian rainforests and an identity that the spirit takes as its own. From Araúva, which adds viscosity, oiliness and a floral character, to Jequitibá, which reduces sugarcane bagasse, the character of Brazil itself can be imparted into the spirit through time spent aging in casks.

The use of native wood is an appealing prospect to use as a unique selling point of cachaça, and it is certainly being used as such. However, Dragos points out that it’s a double-edged sword…

Novo Fogo is known for its use of native woods to create compelling spirits which, whilst oozing with character simultaneously raise awareness for the troubled ecosystem of the rainforest. This isn’t without its complications though. Firstly, due to the wood's evolved resilience to humidity and insects, it tends to be dense and produce more resin, meaning it is better suited to construction, much less for barrel aging. Secondly, although once commonly used for aging cachaca, these species are now mostly threatened at some level. As Dragos says, European and American oak have been “cachaca’s best friend for centuries for good reasons: the right compounds like vanillin, and renewable affordable sources. Pointing cachaca in the direction of rare, native woods narrows its path for the future and benefits only temporarily those producers pushing it.”

That said, Novo Fogo do have a few native wood barrels that were sourced legally, sustainably and ethically and they produce a few hundred cases a year “purely for educational purposes”. Furthermore, two years ago, Novo Fogo launched an ambitious reforestation project called ‘The Un Endangered Forest’, seeking to remove 36 species of tree from the threatened list. To date they have mapped the location of 267 mother trees from the 36 species, planted 716 trees on 17 partner properties and are fostering 2239 seedings for later planting.

What does the future hold for Cachaca?

I believe it will remain relatively niche. What is obvious, is when someone loves cachaca, they really do love it, the passion drips from their words. Educating drinkers as to the intriguing complexities that make this drink so fascinating will be key to building a loyal following of sipping fanatics.

In the Trade, bars stocking more than one brand to showcase the variety would be helpful to the cause, as well as offering more than one cocktail featuring the spirit. Meanwhile, spirit writers also have the capacity to assist with raising awareness, and I would go as far as to say the responsibility.

There has been an increase in winners at IWSC in recent years and in 2018 a gold medal was awarded to Alambique Santa Rufina, Sebastiana Duas Barricas. This progress is promising, it all points to increasing quality and presence internationally. Websites now have a separate section for cachaça, rather than grouping it with rum. And, whilst awareness is growing in the UK, the Brazilian based IBRAC are currently involved in a two-year project working to increase awareness of the spirit in the global market.

There is a costing element worth factoring. A standard bottle of Vehlo will only set you back £20 or so, a steal compared to a lot of craft gins and rums out there. This makes it relatively accessible for those new to the category and although the more premium brands are likely to set you back more, I would suggest they’re worth it as there are some exemplary profiles out there and a whole adventure for spirit sippers. For me, all of these factors combined make cachaça an incredibly exciting prospect for the future. 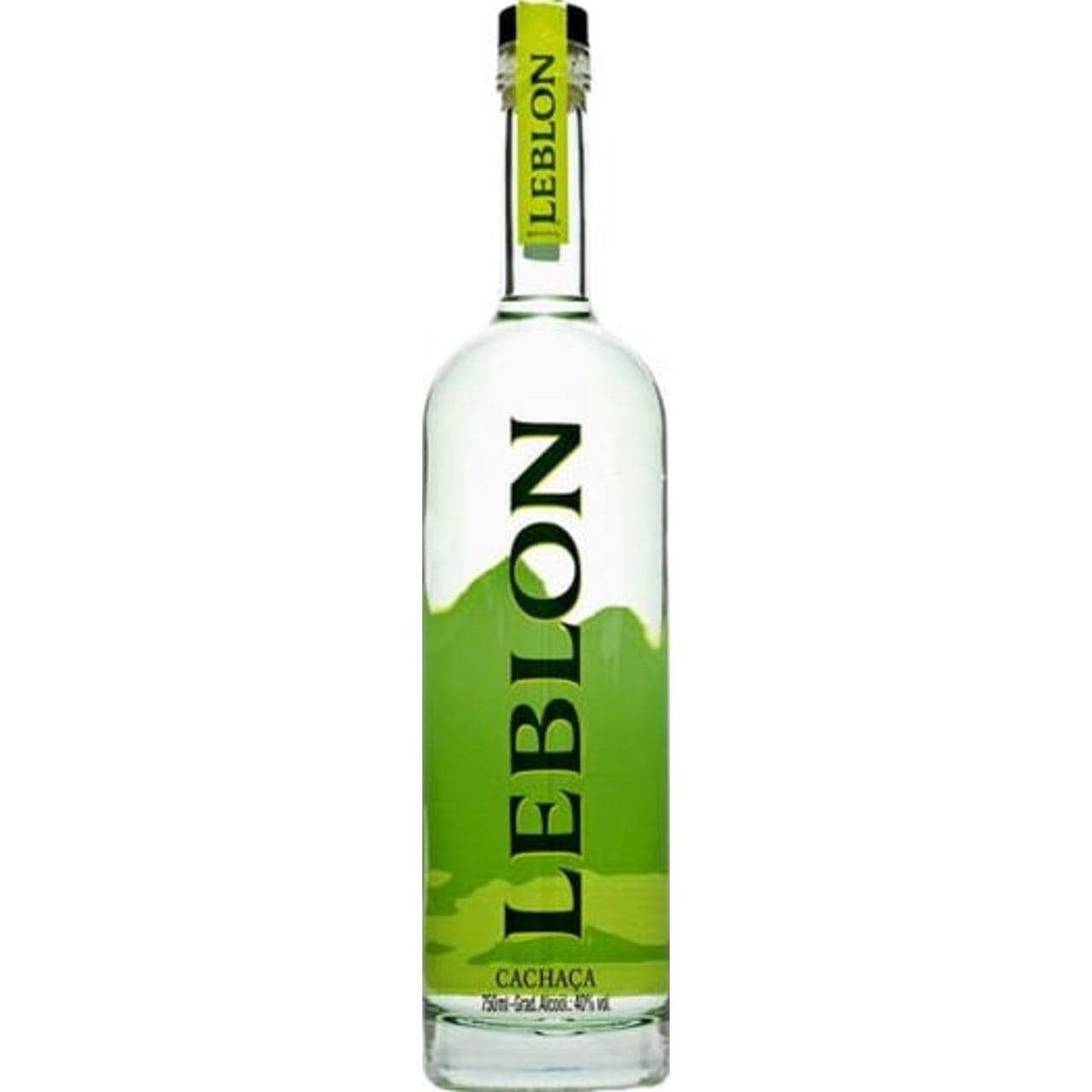 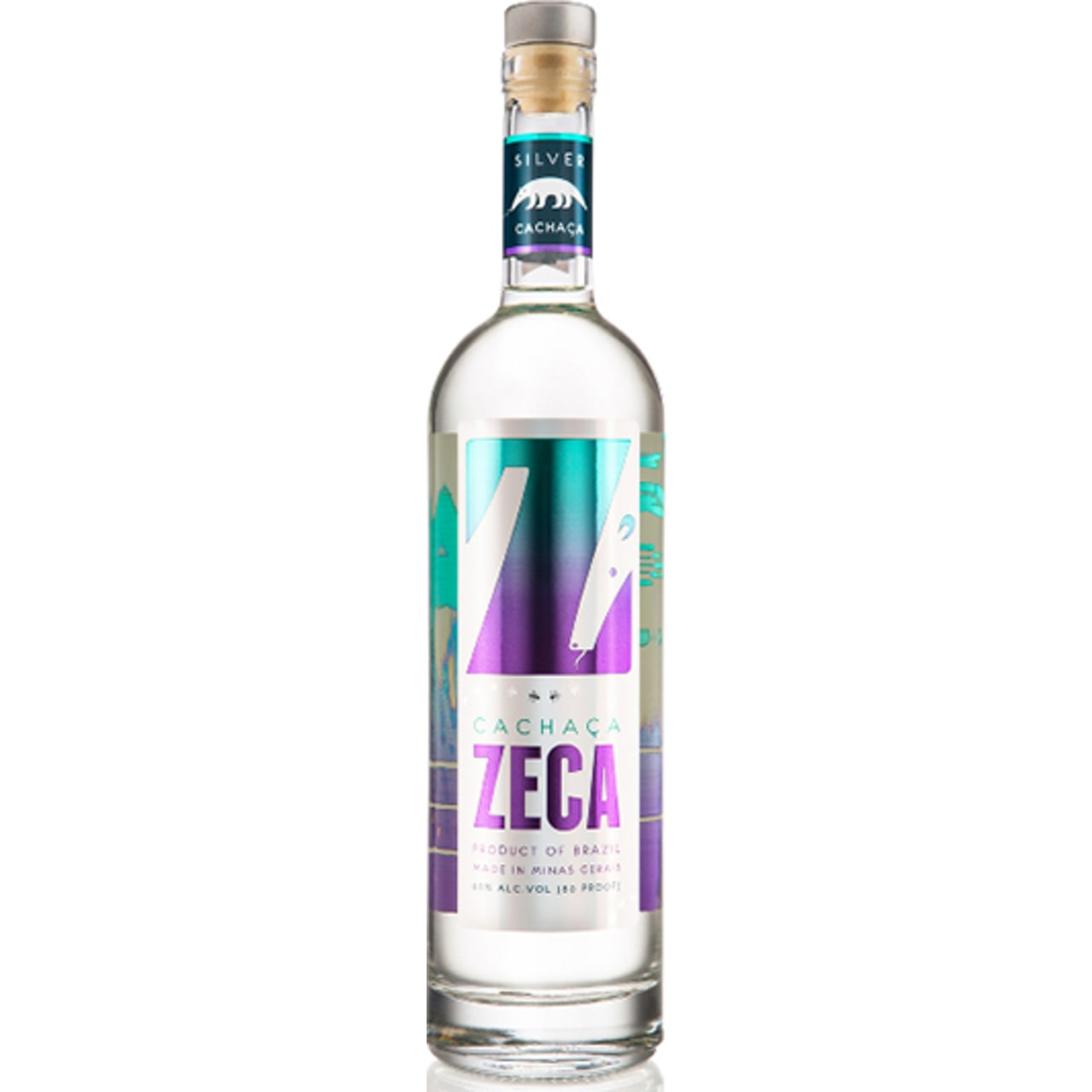 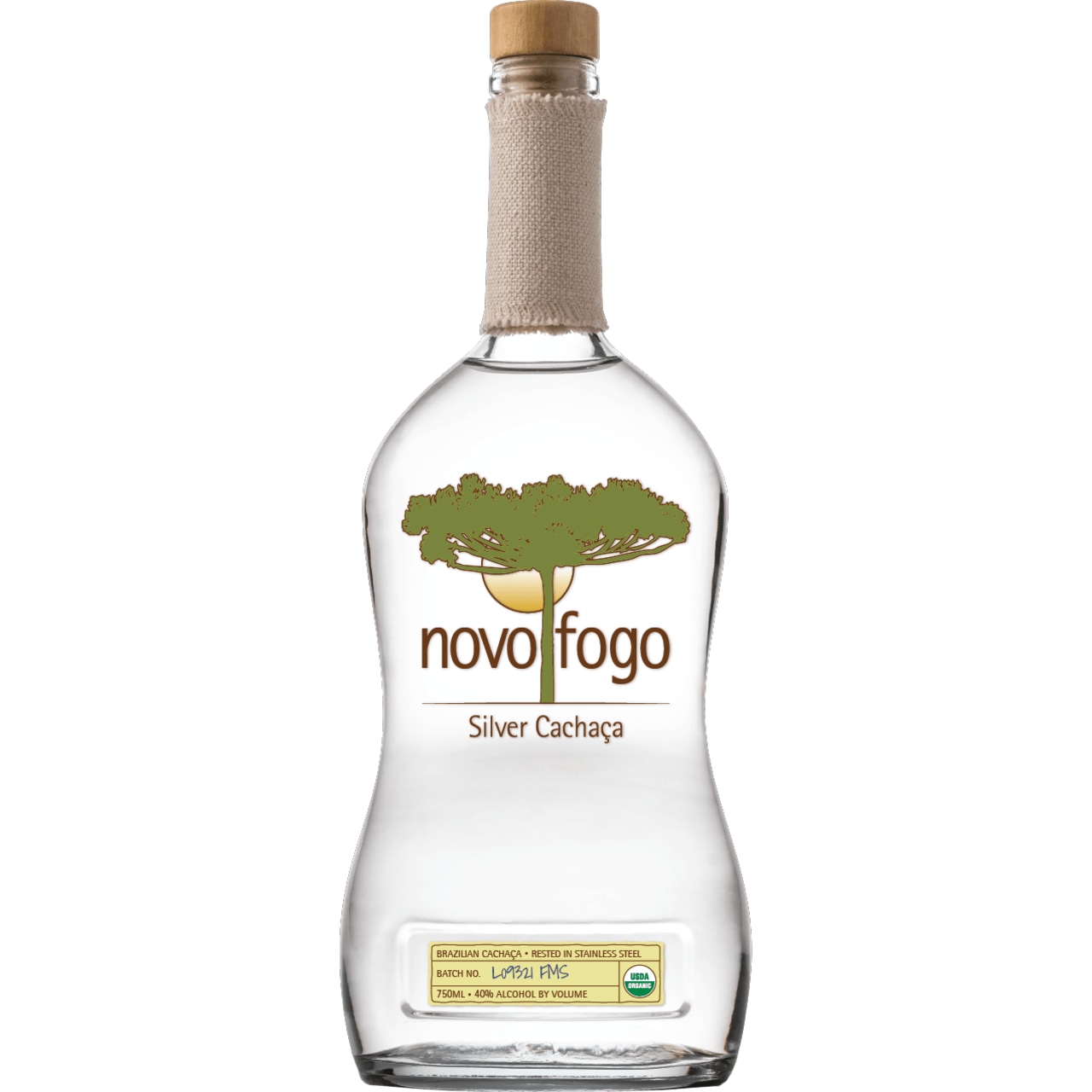 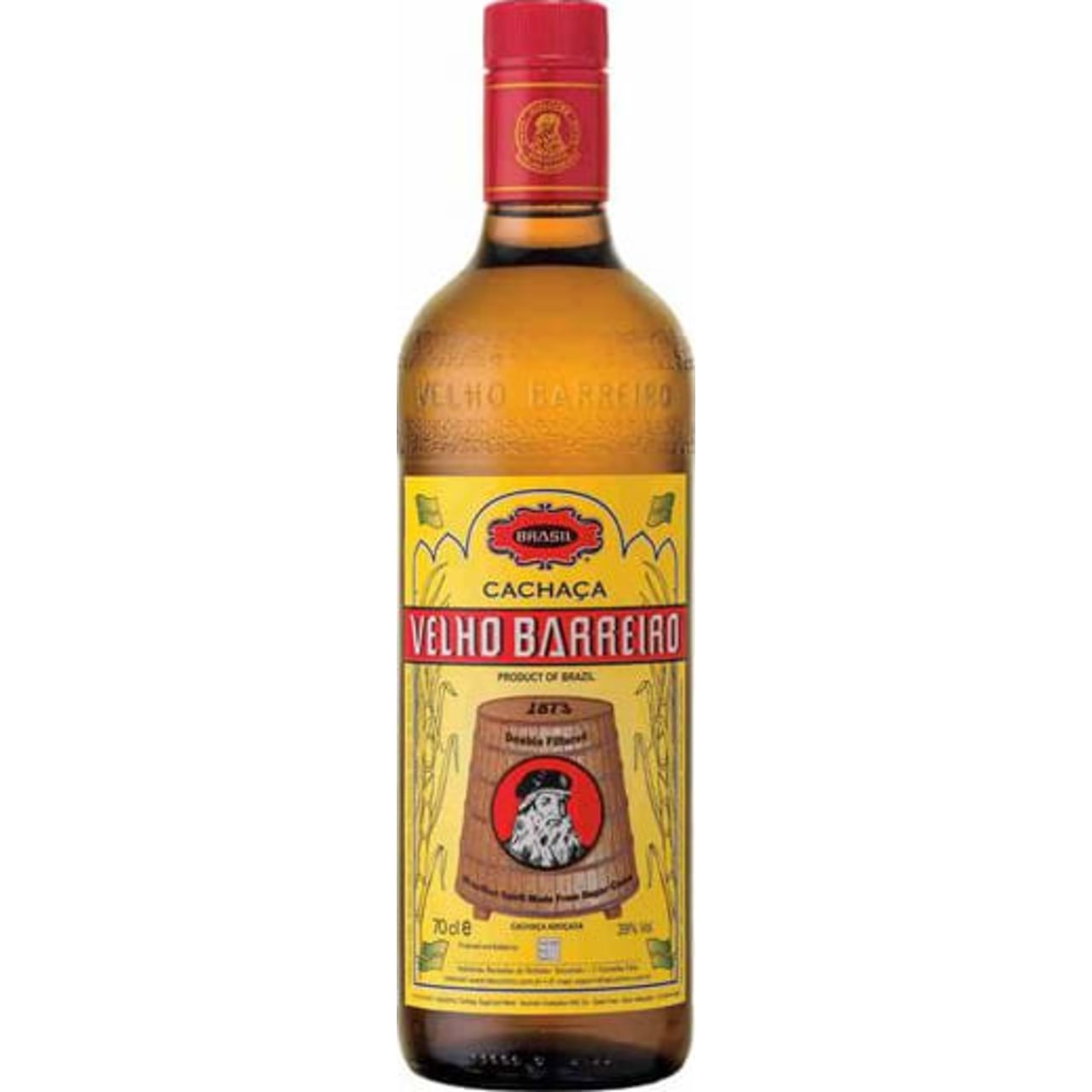 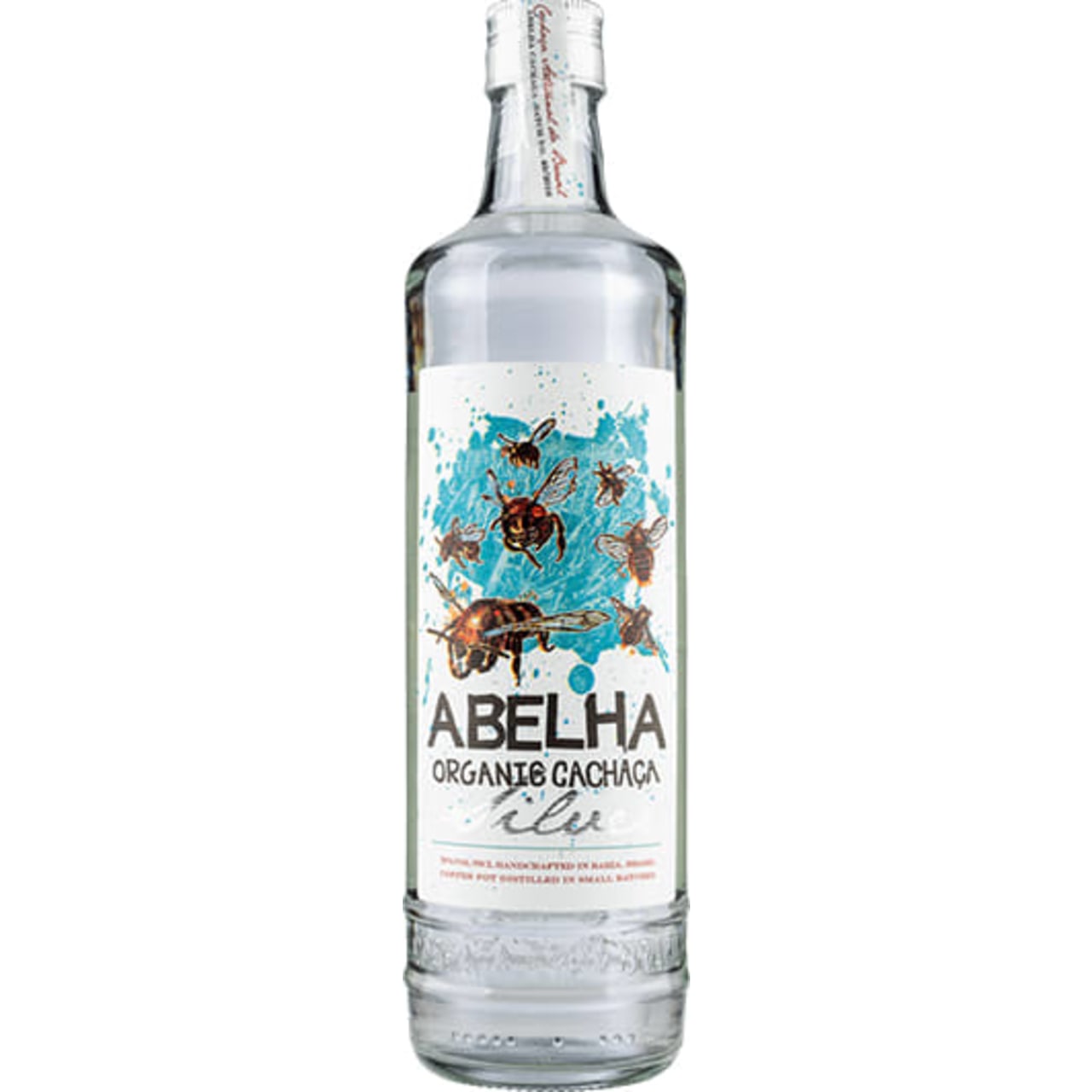