We talk to a raising star of the Gin industry and her work developing new expressions.

Meet one of the UK's youngest distillers and a person who's on a fast track to become one of the craft sector's most promising talents.

Alice Pearson is responsible for Cotswold's Distillery's new product development, no small responsibility given how fast the gin category moves and how much innovation there has been there in the past few years.

Her work was recently recognised by the IWSC, who awarded her joint winner of their Emerging Talent in Spirit Award 2021. We decided to go and discover more about her journey so far...

Going right to the start then - When did you first join the Cotswolds team, and do you remember what was it like in those first few months?

I joined the bottling team for a part time role in June 2018. I knew the company and their products pretty well before this through friends and family. The main thing I remember from my first few months was really just falling down the whisky/spirits rabbit hole, I completely fell in love with the place and knew that I wanted to move to making, rather than bottling, as soon as I could.

Once you re there, you successfully applied for a part-time job working in the lab for new product development, what was the biggest learning curve for you as you began?

I joined a team of two other very capable and creative distillers, it was great to learn from people so knowledgeable, however pretty daunting when I was starting with absolutely no hands-on experience. Luckily I had a very good grasp on the theory of distilling from delivering tours to the public during my stretch in the shop. I also had a completely untrained palette, so that took a lot of work initially.

Since starting you gained a general certificate of distilling – what’s that formal learning and distilling training process been like?

I finished my last A level exam the week before I joined the bottling line and had vowed to never take an exam again. So, it felt like a big step to sign up for the GCD knowing I would be back in the world of flashcards and past papers that I hated!

However very quickly I realised just how different studying can be when it is on a topic you are really interested in (beyond just passing the exam!) I am now working towards the Diploma in Distilling, this consists of 3 modules and I hope to take the first two in summer 2022.

What’s the main thing you’ve learned from it that you have taken into your day to day practice?

I think the best thing it did for me was contextualise where our little gin and whisky distillery fits into a much bigger industry picture.

It broadened my knowledge about how other distilleries operate with different equipment, automation, products, goals etc.

It also allowed me to expand my knowledge on whisky production (which is potential a career path I would like to follow in the future.)

What’s been the best advice you’ve received regarding developing a new product?

I would say the best advice always centres around being mindful of the future of the product. It’s very easy during development to create overtly intricate and complex recipes. Perhaps with an expensive ingredient, a long maceration or a technique which cannot be replicated on a larger scale.

I love the craft element of what we do here, but there is little joy in a product so exclusive, expensive or difficult to make that it cannot stand the test of time in your range as the company grows. It’s about striking that balance.

You’ve already developed a few products, including a Christmas Gin and the Gin Essence Let’s delve into some of the process behind your work… Do you start with an idea and develop into a product, refining along the way or do you prefer working backwards from a specific end goal and find ways to deliver it?

We work in both ways, but generally there is a goal in sight, it just varies in specificity. For example, the Cotswolds Old Tom Gin was the first recipe I created (and probably my favourite!) and the brief was simple; ‘an Old Tom style gin’.

However, when developing the Cotswolds Wildflower range, in particular No.1, it was more about the occasion and the story of the Cotswolds landscape which we then worked back to a desired flavour profile.

How much of it is your intuition, and how much do you work collaboratively with panels and feedback sessions?

During the early stages, I use a lot of intuition. There are so many small decisions to be made in those early blending and tasting sessions that we simply cannot set up a full panel to decide each one. However, once I think the product is heading in the right direction, that’s when I bring in others for their input.

In particular, I work very closely with [Cotswolds founder] Dan to ensure the flavour matches his vision for the product and the brand.

In terms of finding a solution to a problem in order to deliver the flavour you were after, what’s been the biggest challenge so far?

I think it is fair to say that the emergence of the Low/No category in gin has posed a challenge to a lot of traditional distillers. For us, targeting the ‘low’ element with our Gin Essence, it was about making a product that genuinely tasted like a full strength G&T after finding some other products on the market disappointing.

With a key feature of our flagship Dry Gin being its botanical intensity, we knew it was going to be a challenge to concentrate that flavour even further.

What’s been your most trusted source of inspiration that you lean to when searching for new ideas?

I think a lot of inspiration comes from conversations I have with other people in the industry and seeing innovation in the form of other spirits, cocktails or even food recipes. It is also great to have direction from someone as passionate about spirits as Dan is.

Although some ideas for new products can initially seem daunting or even impossible, it’s finding a way to make it happen that gives me a great sense of satisfaction and achievement.

NPD has to match flavour, costs vs price, saleability and plausible market appeal in order to be successful. Not everything can make it through the process. Have you had a product or idea that you love personally that simply couldn’t go further for now?

Unfortunately, we did recently stop production of our Absinthe which was one of the most interesting drinks I’ve ever made. The recipe we had was very traditional and involved producing only 16 bottles per batch so unfortunately we no longer had the time or resources to dedicate to it. However, I certainly won’t miss the green staining on all of our lab coats!

Last but not least – What are you working on next?

We have been working hard on finalising the last member of our ‘Wildflower Gin’ trio, No.3 which is due to launch imminently. We have also just re-launched our Summer Cup with a new and improved recipe which we are really pleased with.

As for next year, we have some loose plans in place in terms of new and exclusive gins, but no details just yet! 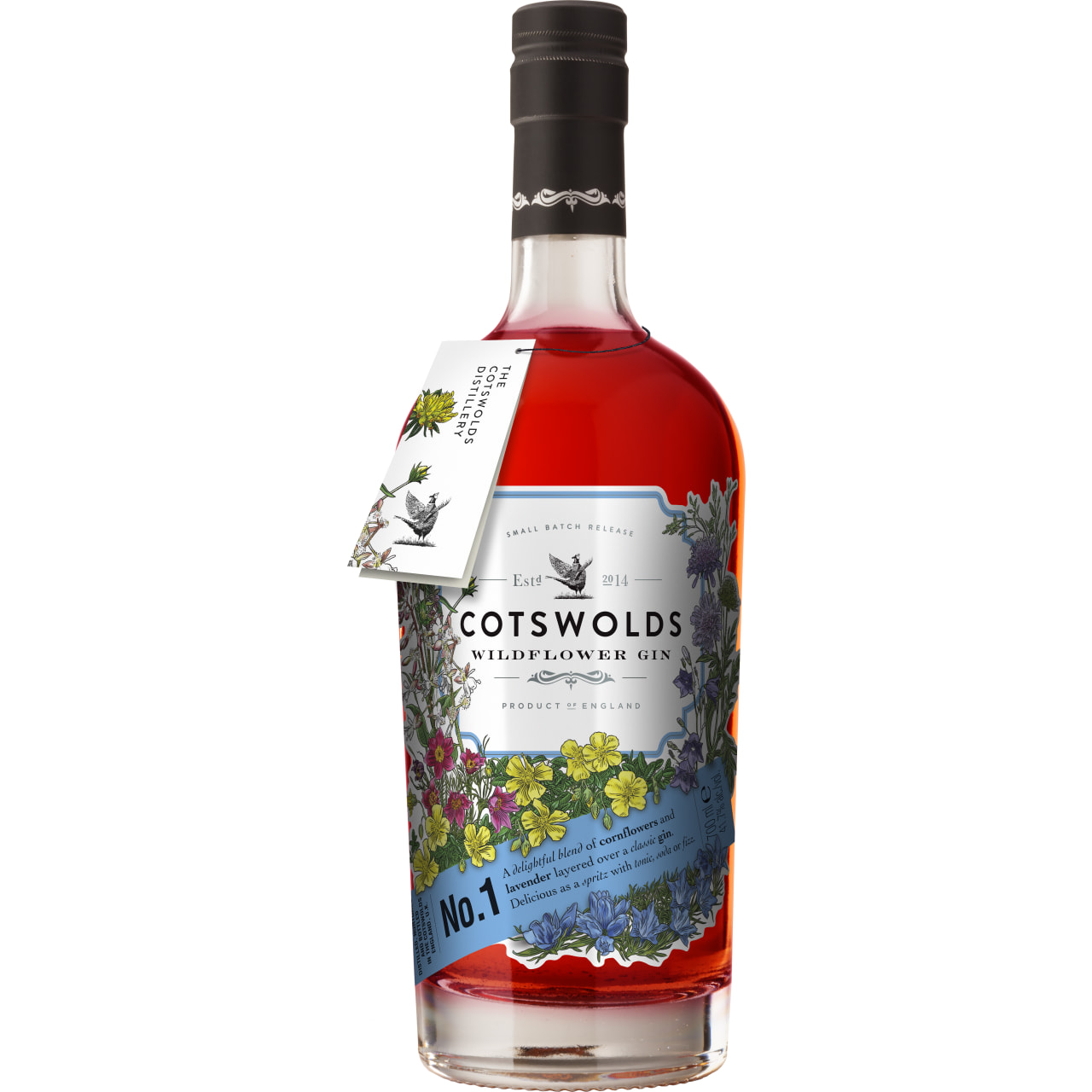 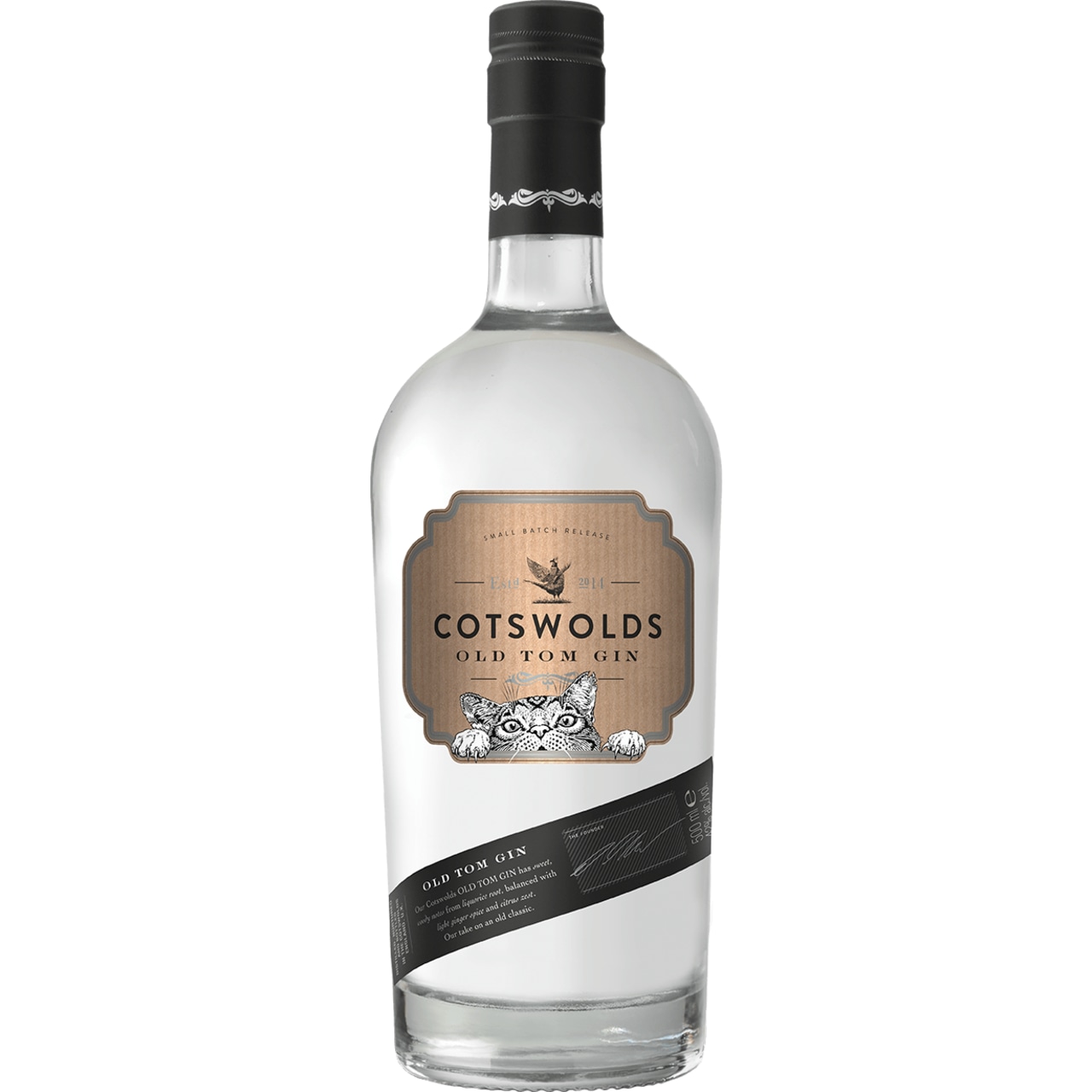 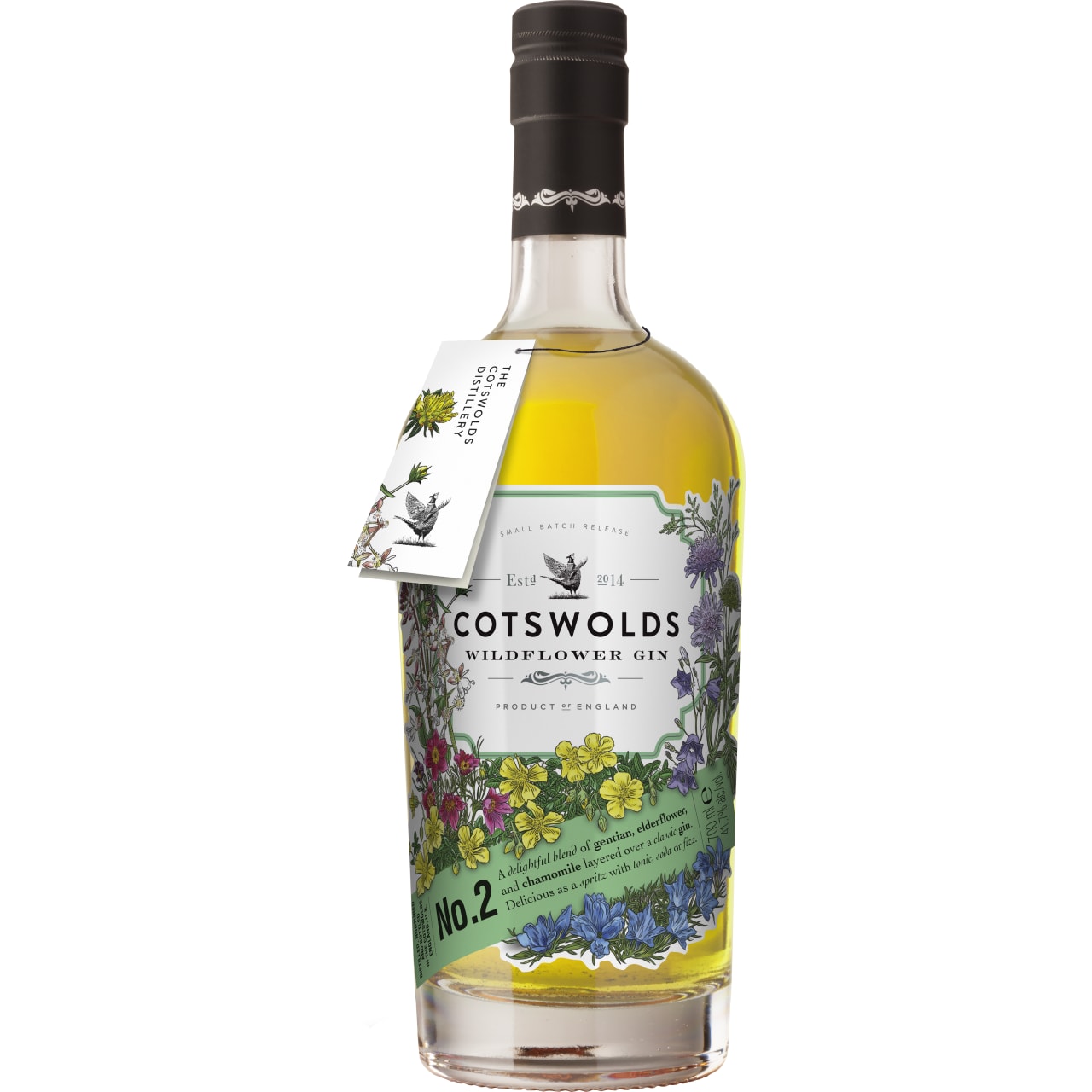 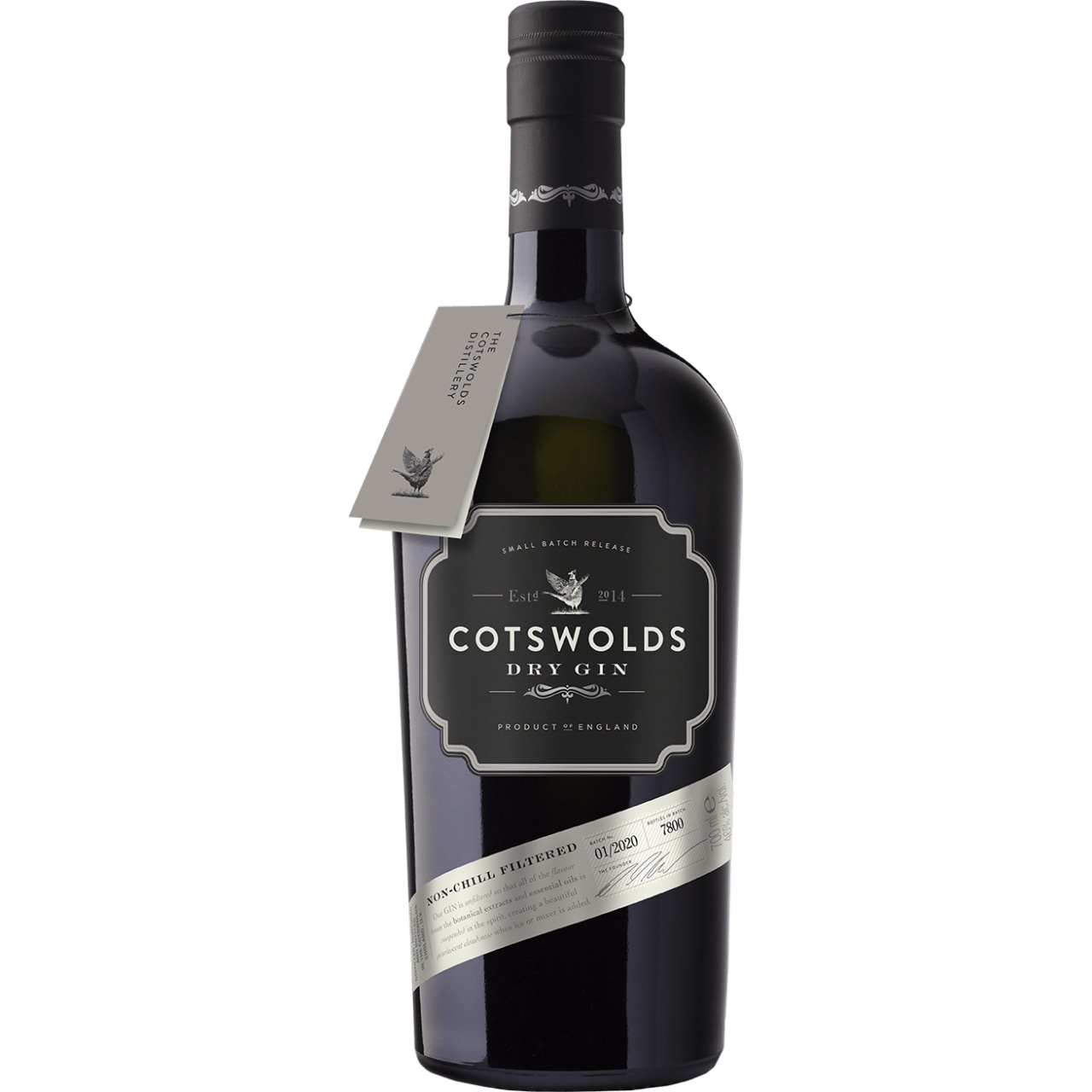