How can you predict the next big name in the Gin industry?

Ever wondered what it takes to make it into today’s global gin scene? Are there certain tell-tell signs that forecast those most likely to succeed?

Both questions are frequently overheard in 2021 given the number of acquisitions there have been recently. There are more underway too, with "opportunities" being pitched to investor circles constantly.

For the successful entrepreneurs this is the culmination of years of work and a carefully orchestrated exit strategy. For others it’s a last chance for salvation and a change of fortunes.

Almost every week, I’m asked to gaze into the crystal ball and hand in a hot tip as if I were a pundit trading insider knowledge to investors ready to mark-up their betting slips. Mostly, I decline to comment as it wouldn’t be appropriate but the subject matter is fascinating.

How do people forecast which of the hot gin prospects will make it big? What challenges does a gin distillery face when going from cool but niche to being a must have bottle and is it possible to spot the next contender?

I frequently come across brands that would work if they were huge international names backed by big budgets for glossy campaigns, but who don’t have the wherewithal to make it there. Vis versa there are so many concepts that work because they are small, hyper local, often intensely personal passion projects. Unfortunately, their intangible quality is snuffed out the second they grow beyond twenty thousand bottles.

Judging who is on the rise is about looking at the stage they are in and if they have potential to burst through the next couple of milestones, not thinking about an uninhibited accent to the top of the category.

That judgment call begins with looking at the people involved as each stage of growth has different requirements and needs those at the helm to be capable of navigating them.

The diverse skill set needed is seldom present in one person alone. It changes from start-up phase to marquee name some years later.

For example, starting something requires a very specific set of skills, passion and determination. Making it cool and getting it noticed, let alone getting it adopted, is another. Taking something that has an intangible cool and adding structure, knowhow and rigorous business underpinnings without killing the spark is again completely different. Once you reach a certain volume, you must find funding for further growth, operate with bigger teams, become used to dealing with compliance checks from retailers, investors, understand different market conditions, their legal requirements etc. The list goes on and unless the right components (people) are brought into an operation, the whirlwind growth soon turns into a grind.

Hot prospects often stagnate due to a failure to recognise the transient nature of their phase of growth. An owner’s hubris and a desire to remain in full control, operating as ‘they always have done’ are often factors that get in the way of progression. Wanting to fast-forward through the stages without ever setting solid foundations is also a frequent mistake.

Being a successful gin business is about evolution, not just expanding volumes. Fundamentally, it’s about recruitment and knowing who to bring in and when to trust them. That unique combination of adaptability and perspective is what sets the top tier of producers apart and what allows brands to grow.

Unfortunately for those in the business of predictions, someone’s mindset is a hard thing to fully judge from the outside and depending on circumstances, can be ephemeral rather than resolute.

Thankfully, when forecasting those most likely to succeed other more predictable factors come in to play. First and foremost, the quality of a product is paramount. It’s too saturated for something average to make it anymore. With the advances being made in the gin category ‘quality’ now also extends to the brand’s appearance and how well it articulates its vision and broader identity through the bottle, label and digital presence.

Famed craft distilling consultant Jamie Baxter agrees; “For me there are three main considerations - the liquid, the bottle and the branding / back story. If any of these are lacking or sub-standard then your chance of success is greatly reduced.”

There’s very little honeymoon period anymore either. While there is an understanding that a brand identity can take time to fully develop, there isn’t any patience for a newcomer that shows no sign of building a compelling proposition. It’s true that narratives surrounding distilleries can change and be finessed around what has proven a hit with fans. Furthermore, there are numerous distilleries who have fine-tuned their process and made improvements to their recipes over their first 18 months. These are iterations though. Even those who changed their origin and identity with some serious revisionist history have not managed a 180 turnaround. None the gins who had fundamentally crap booze to begin with suddenly found gold flowing from the still with a few tweaks either.

Liquid, bottle and branding aside, judging a gin’s production is important to consider when assessing potential. Too few think big enough and it’s a clear sign of intent when you look at those who have set up for success rather than minimised their exposure if they fail.

Now on his 50th build, thinking bigger is something that Baxter advocates for in his projects; “I encourage my clients to buy the largest still that they can without over-extending themselves. The extra cost is not great and it builds in spare capacity for growth. It’s not just the still, space is also key as is minimising handling. If you’re constantly double-handling and manually carrying full bottles etc. then you tend to get stuck at that level.”

These four factors make it possible to eliminate many brands out of contention after 18 months.

For those with potential, 18 months is also the point at which you can assess the early reception it has received as well. Not only does that give an indication on the short-term trajectory domestically, but it is also a significant indicator of what it’s going to be like in new markets in the future.

Put bluntly, if it’s doing everything quite well but completely fails to get any traction in its first year and a half - when it’s new and in their own back yard, fresh with ideas, exuberance and often a decent launch budget to get it started – its prospects look bleak.

THE TRAILBLAZING ERA IS OVER.

Context and timing is critical in building status and volume. They are from different countries, and launched at very different times but Sipsmith, Four Pillars, Nao Spirits, Ki No Bi, Inverroche and more have all shown us that being in that pioneering group of trailblazers was a huge factor in establishing a marquee brand name.

It wasn’t just about being the first to their respective markets either. They each clearly benefited from the attention that came with of disrupting their domestic scenes (the media fanfare in particular) – but being known as THE gin from the UK, Australia etc. and the ones who re-ignited a passion for the spirit there had massive international consequences too.

When it comes to exports, the flag bearer status is not to be sniffed at.

However, bar China, Brazil or Mexico, it’s now very hard to find a singular country that has the combination of size and Soft Power appeal to make a domestic brand such a big marquee name it gets noticed around the globe ahead of its first exports.

A country’s Soft Power credentials aside, the scale and intricacy of a large and complex domestic market is an important part of improving a brand’s offering. It forces them to build a more evolved proposition and for the teams to become more astute marketeers competent at successfully rolling out into saturated markets elsewhere.

For example, being the biggest, most famous and best loved Gin in Peru isn’t going to matter in other countries. It doesn’t mean that the brand is doing bigger volumes than a nano-distillery in downtown Brooklyn, let alone be backed by a team with the knowhow to build a brand abroad. They may sell the most domestically, but the offering will be weak by international standards, isn’t at scale yet and hasn’t got a proven team with an edge.

Besides all these facts, there are only a few countries that don’t already have several names already vying for that flag bearer status anyway.

Rather than being a forerunner trailblazing a new era for Gin and doing something no one had done before, brands now need to burst through the clutter of what’s already there by being more relevant and engaging.

The era of the lone trailblazer is over for Gin. The category is too saturated for that globally and as a result, searching for those brands to hedge your bets on will be fruitless. Irrespective of that, for all the reasons outlined, it’s not always a reliable way to predict the stars of the future anyway.

It’s all too easy to think that the next contender is always a new up-and-coming brand. Plymouth’s renewal in the late 90’s was a masterclass in taking an age-old name and breathing new life into it. It’s unlikely, but if the liquid is a gem yet the rest needs re-positioning, it’s not impossible to see such a transformation happen for someone else.

By contrast, the opposite occurs and hot brands fade out. Trends revolve, evolve and adapt. If they have navigated all the ordeals mentioned above to get to a phase where they are a leading name in the gin category, it’s rare that a brand can re-invent itself enough times to stay current for well over decade.

This last factor brings us full circle. The rise and fall nature of gin’s cycle means there will always be an opportunity and for a new contender to emerge and become a household name. Nothing is set and when you look at the shelves today, the names being revered by discerning drinkers in 2035 are not likely to have even been invented yet.

If you are trying to assess who is going to be the next big name, you’ve got to consider many elements. Liquid, bottle, branding, production capacity and a willingness to adapt are all key parts of assessing potential. The provenance and the potential appeal that has, as well as the state of their market is another.

If you were to write down names based on these criteria, you’ll get a well-defined longlist of potential candidates.

To get to the final handful of hot prospects however – you must then add in their stage of growth and the individuals involved. This has proved to be the deciding factor so far and will likely remain the differentiator between who will be remembered as the challenger and who are crowned the champion, even if just for a while. 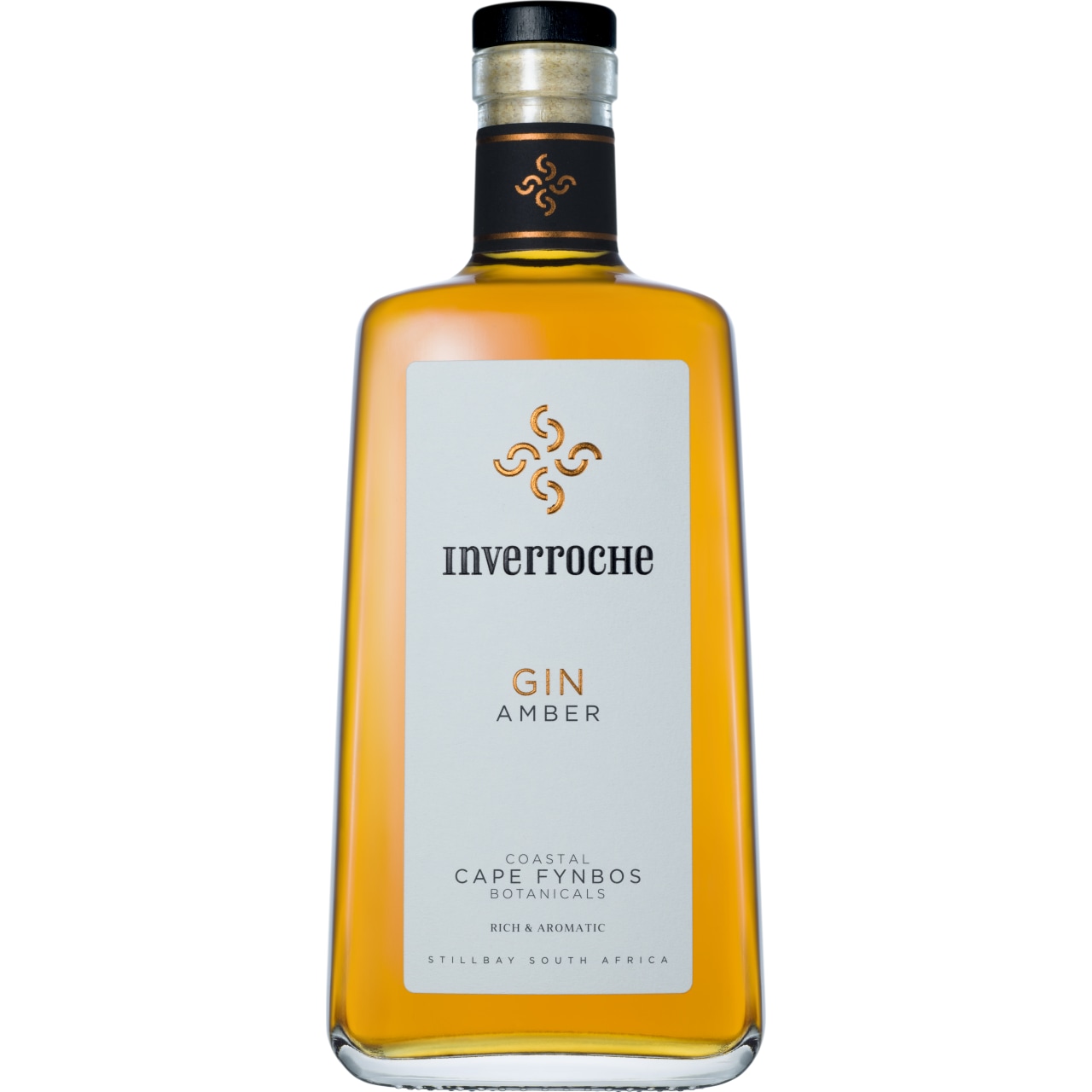